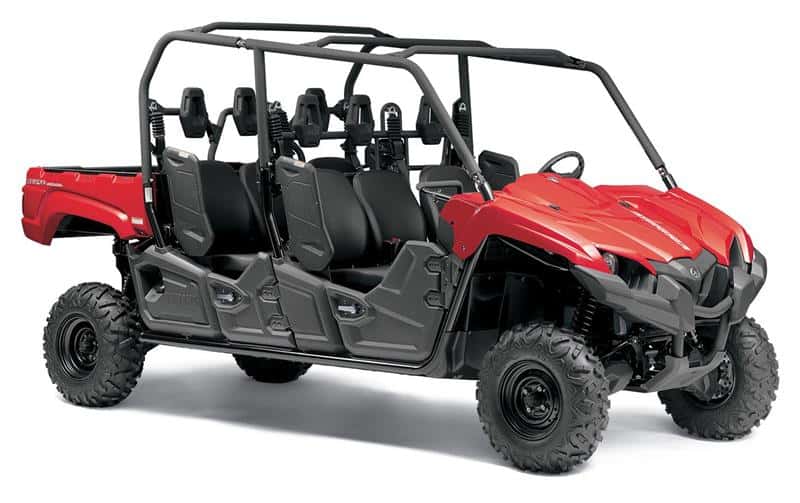 Side by Side or Minivan?

Is it a side by side or a minivan?  That is the question we’re asking while in Kansas City, Missouri for the National Association of Farm Broadcasting Convention this week.

Steve Nessl is with Yamaha Motor Corp. and brought to “Trade Talk,” a fast-paced trade show held at convention each year, a six-passenger side by side.  Six passengers, you say?  That’s right, which had us questioning whether it was a min-van or a side by side!

He explained in an interview with Northern Ag Network that the consumer feedback they’ve been getting has been hinting towards larger utility vehicles (UTVs).  With that and some of their own research in mind, the company came up with what is the first side by side capable of holding six passengers plus cargo.

Talking about the evolution from ATVs such as four-wheelers to UTVs like side by sides, Nessl said that the agriculture industry has been a driving force.  He also added that while the initial investment might seem like a lot, ranging from $11,000 to $14,000, it saves tremendously when it comes to the wear and tear you save on your more expensive vehicles.

CLICK HERE to see more of the Yamaha ATV/UTV lineup, which is all made in the U.S.A.