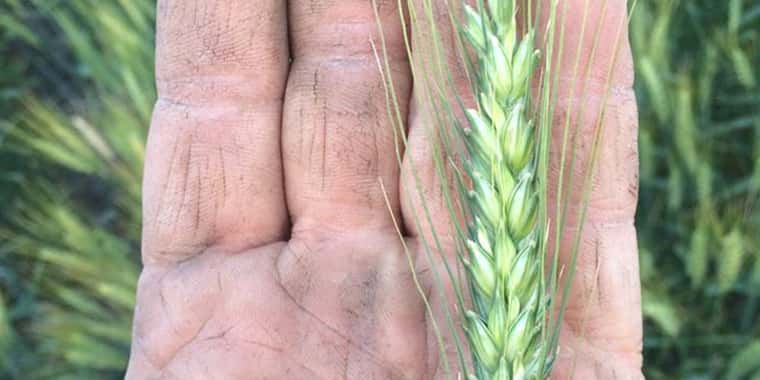 While the crop is a little late, North Dakota's spring wheat looks great.

The biggest concern is the lateness of the crop. Scouts estimated the spring wheat crop is four to six weeks from harvest.

Millers, bakers, farmers and traders began scouting the wheat crops from Fargo, N.D., to Bismarck, N.D., on Tuesday, the first day of scouting. They travelled from Bismarck N.D., to Devils Lake, N.D., on the second day and from Devils Lake to Fargo on the third day.

The average spring wheat yield for the state came in at a record 48.6 bpa, compared to 44.9 bpa last year. Scouts sampled 373 fields total. The day one average yield from fields in southern North Dakota was 48.3 bpa; the second day averaged 48.4 bpa; and the third day averaged 49.4 bpa.

Durum wheat yields averaged 36.6 bpa from 17 samples. The average yield on the second day came in at 36.6 bpa and 36.7 bpa on the third day. Scouts saw no durum fields on the first day.

“I think the quality is going to be as good as the bushels. I think protein will good in the end because I think the genetics and the varieties are going to make a difference. And you take the lateness of the crop, and there's a lot of time to build up the protein as well.”

This week's rain didn't hurt, Wogsland said. “It'll help fill it and finish it out. I was a little surprised with the lateness in the eastern part of the state. But that gives us plenty of opportunity.”

The short-term weather forecasts look favorable, he said. It's not supposed to get real hot. But with four to six weeks to go until harvest, there's still plenty of time for weather issues. The lateness of the crop also carries some disease risk.

Wogsland said North Dakota farmers have become much better managers of diseases. They know scab is a perennial challenge. Scouts saw very little scab on the tour and saw several fields where the damage was reduced to one spikelet on a head because it was a more resistant variety.

“They've become more consistent with their fungicide applications,” Wogsland said. “They've got the wherewithal and the equipment to do it. We've got better crop varieties. This is the best crop we've ever seen, and I think we're going to get better in years ahead.”