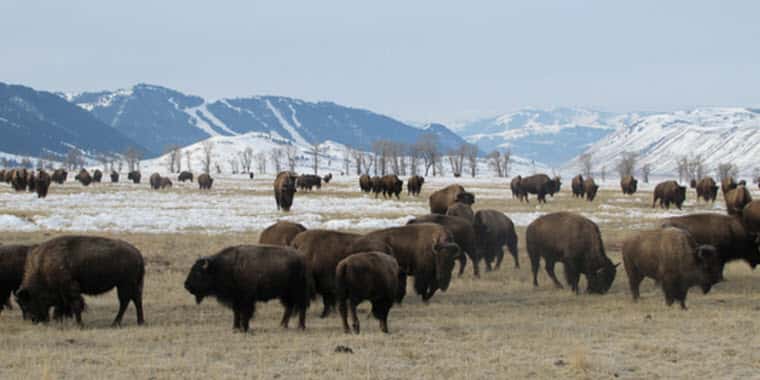 Helena, MT – February 8, 2016 –Yellowstone National Park has recently released an Environmental Assessment (EA) to develop a bison quarantine facility on the Fort Peck Reservation. MSGA has reviewed this document and has determined that further action is needed. MSGA is drafting formal comments and requesting a full Environmental Impact Study (EIS) for a more comprehensive look into this facility.

The MSGA has determined that the EA is incomplete as it does not include factual cost estimates, scientific rigor or adequate disease testing. It fails to include the costs that would be associated with the facility, the capacity of the facility or where funding would come from. These financial implications should be studied further to determine feasibility.

The disease, brucellosis, remains a threat to cattle producers in Montana. The EA only requires the recipient of the bison to test them within 30 days of arriving at the facility.  Following the initial test, it is only recommended the animals be tested every 30-45 days.  A previous quarantine study has shown that 17{f75e9bc95454961d27ea60375533d5bd3793c6b31aa68057771d9b5363a8de8e} of the animals that initially tested negative for brucellosis converted to positive. This lack of required disease testing could prove problematic as it puts Montana at risk for a spread of brucellosis, which is currently confined to the Greater Yellowstone Area.

With significant risks left unaddressed by the EA, the MSGA believes that an EIS would be in the best interest of Montana and help address unanswered questions. MSGA will be submitting formal comments as well as requesting the full Environmental Impact Study that is necessary to fully study the effects of this facility.

The deadline to submit comments is midnight MDT February 15, 2016.