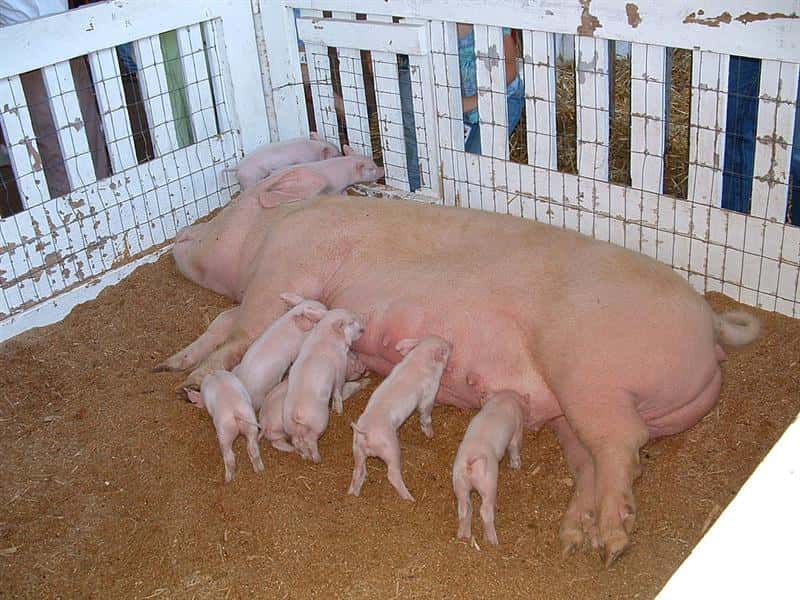 As of June, about 8 million pigs had died from the porcine epidemic diarrhea virus in the United States.

Dr. Scott Dee, director of research at Pipestone Veterinary Services in Pipestone, Minn., lead author of the study, told DTN on Monday he's confident his research proves a definitive link between contaminated feed and the virus.

“The reason why we did this — our vets are looking at ways to protect our farms,” he said. “We were able to show that if feed is contaminated with the virus, pigs could become sick with the virus. My level of confidence in this study is high. We replicated the study. I have no doubt that the experiment's results are accurate and repeatable.”

As of June, about 8 million pigs had died from PED in the United States, according to the National Pork Producers Council. Until now, there had not been a definitive link established between PED-infected feed and pigs that contract the virus.

In February, Ontario, Canada-based Grand Valley Fortifiers announced a voluntary recall of certain pelleted swine nursery feed products that contain porcine plasma found to contain PED. The virus has been found to pose no risk to human health or food safety. In March, the Canadian Food Inspection Agency said it could not confirm a link between feed and transmission of the virus.

In the study, published in the latest issue of BMC Veterinary Research, Dee and a team of researchers examined three farms in Iowa and Minnesota where PED was diagnosed in January 2014, among three herds of more than 11,300 animals. The study said all three sites “emphasized strict biosecurity.”

“During the on-farm inspection, no obvious breaches in any of the biosecurity protocols were detected across all three herds,” the study said. “Upon review of the history, a temporal relationship between the delivery of at-risk feed and the onset of clinical signs in index cases was observed. Across all three herds, clinical signs were observed within two days post-delivery of at-risk feed.”

Based on an investigation, researchers found a common characteristic of all three sites: from Jan. 6-9, 2014, the farms experienced “an unexpected feed outage which required an 'emergency' delivery.” Dee and his team examined all three bins and found that although nearly all the feed had been consumed, they were able to take samples from the sides of the bins. During the collection of feed from the side of bins on the farms in Iowa and Minnesota, Dee said the presence of the virus “was quite strong.”

Then, in a controlled experiment, Dee and his researchers found swine that consumed PED-laced feed contracted the virus.

Dee said he wanted to emphasize that the study is not intended to point fingers at any one particular segment of the swine industry — whether it is feed mills or otherwise. Instead, he said he believes the study is a good first step for producers to create biosecurity standards for protecting animals from contaminated feed.

What's more, Dee said the study shows the importance of developing intervention strategies when it comes to feed outages.

“Probably the most important thing is this will raise awareness,” he said. “You have to have a feed component when it comes to biosecurity on the farm. This is a new paradigm. Feed was never a risk factor before. We have to understand what to do about it and how we can manage the feed.”

I think there's going to be some new changes, including biosecurity at the mill — some behavioral changes at the mill level. I know there already has been quite a bit. The industry is already open.

Dee said one of the next major research areas will be to look at what can be done with feed. “Is there an additive to put in feed?” he said. “This is a whole new deal. People will be willing to have a discussion.”