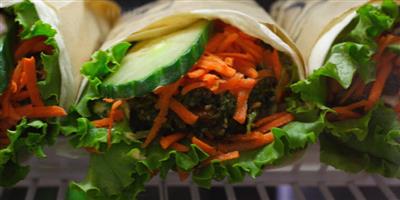 Study Finds No Reduced Cancer Risk By Being Vegetarian

A study done in the Netherlands may shed some light on the debate about health risks associated with diets containing meat and those that do not.

The objective of the study was to see how the different diets affected the risk of contracting lung, breast and prostate cancer. The study included over 11,000 individuals between the ages of 55 and 69, with about 1,100 of the participants self-classified as vegetarians.

The remaining participants were split into groups based on how many days a week they consumed meat (once, 2-5 times, 6-7 times). After 20 years, the researches collected incidences of lung, breast and prostate cancer among the participants.

The researchers concluded there was no significant associations between the amount of meat consumed and an increased risk for those cancers.

Said the study: “Vegetarians, fish eaters and one-day per week meat consumers did not have a reduced risk of lung, postmenopausal breast and overall prostate cancer compared with individuals consuming meat on a daily basis.”