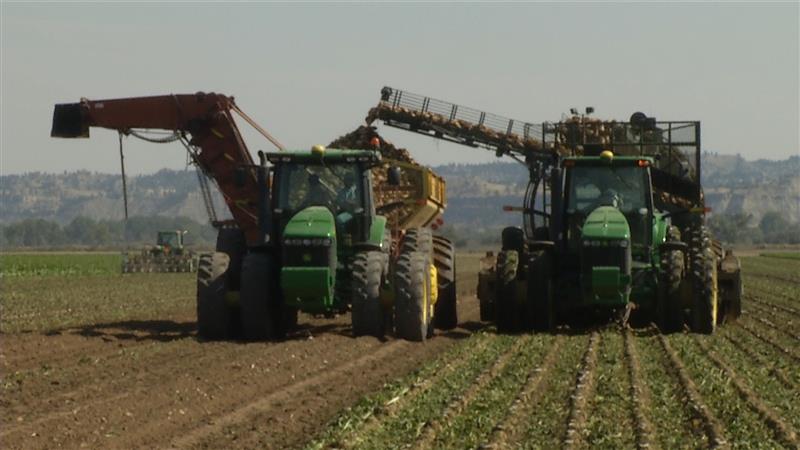 Amendments designed to gut no-cost U.S. sugar policy were rejected three times on the Senate floor, two times on the House floor, and twice at the Committee level during the 2014 Farm Bill debate.  Now, backers of those defeated amendments are dusting them off for another run.

They’ve rebranded it the “Sugar Policy Modernization Act,” even though it recycles much of the failed legislative language used in the past and is designed to rollback policy updates made by lawmakers in 2008.  Sugar farmers are taking exception to the proposed bill and its name.

“A better name would be the ‘Sugar Farmer Bankruptcy Bill’ because that’s exactly what it’s designed to do,” explained Galen Lee, president of the American Sugarbeet Growers Association.  “Big candy companies have lobbied for decades to outsource production to foreign countries with high subsidies and low labor and environmental standards.”

Unlike foreign sugar industries, U.S. producers do not receive subsidy checks, said Lee, who is a sugar farmer from Idaho.  Instead, producers get loans to help cash-flow operations while sugar is stored for customers.  Because loans are repaid with interest, sugar policy has operated without taxpayer cost in the 2014 Farm Bill.

Sugar producers would lose access to nonrecourse loans under the proposal by Sens. Jeanne Shaheen (D-NH) and Patrick Toomey (R-PA) and Reps. Virginia Foxx (R-NC) and Danny Davis (D-IL).  The bill would also force the U.S. Department of Agriculture to maintain an oversupplied sugar market and keep prices depressed with imports.

Travis Medine, a fifth-generation Louisiana sugarcane grower, is worried the bill would be crippling to current growers and would keep future generations off the farm.

“This is serious business, and our livelihoods hang in the balance of the debate,” he said.  “We literally have thousands of family farms and manufacturing jobs on the line.  Without sugar, communities all across Southern Louisiana would suffer.”

Of course, Congress has had this same debate on several occasions in the past, and in the end, has always sided with American farmers who bolster the country’s food security.

“We’re hopeful that this bill will end up just like all the others designed to enrich candy companies at the expense of America’s family farmers,” Lee concluded. “We provide this country with an affordable domestic supply of an essential ingredient, and we help generate 142,000 jobs at no cost to taxpayers.  Most lawmakers don’t want to upend that success story.”