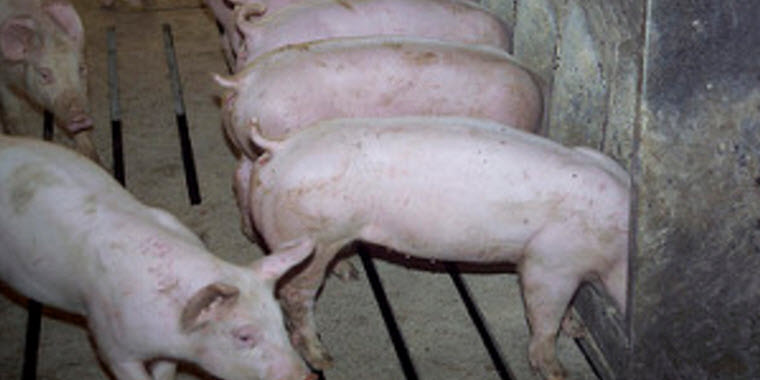 Swine Waste to be Converted to Energy at New NC Plant

A million dekatherms a year are contracted to Duke Energy (NYSE: DUK) for use at its Buck, Dan River, H.F. Lee and Sutton combined-cycle natural gas plants. That is enough to produce about 125,000 megawatt-hours of electricity annually, the equivalent of the power needed to supply about 10,000 homes.

The remaining 1.4 million dekatherms will be sold to an unnamed Fortune 100 company.

Because the plant produces methane from waste, it is carbon-neutral. It does not introduce any additional carbon into the environment as drilling the gas out of the ground does. Because of that, the biogas counts as a renewable energy resource.

“This is a big development for biogas in North Carolina, says Duke spokesman Randy Wheeless.” It will be a major part of Duke Energy's efforts to meet the (renewable energy requirements) for swine waste-to-power in the state.”

Piedmont Natural Gas, a Duke subsidiary, has signed an interconnection agreement with the Carbon Cycle's C2e Renewables NC subsidiary to transport the gas on its pipeline system. The Charlotte-based gas company has asked the N.C. Utilities Commission to approve guidelines Piedmont proposes for accepting biogas on its system.

The company says that it must be able to ensure that transporting the gas in its pipeline does not cause any damage or create problems for regular natural gas customers.

The gas will be injected into Piedmont's system for resale. The actual biogas is unlikely to actually get to Duke or the unnamed customer. But the state recognizes “directed biogas” as a renewable energy resource. Essentially the methane produced at the Warsaw plant displaces other natural gas in the system that is drilled out of the ground.

Arctic Air to Increase Winterkill Threat for Wheat in U.S. This Weekend