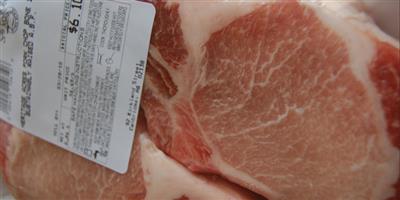 Taiwan to Lift Restrictions on U.S. Pork and Beef

Taiwanese President Tsai-Ing-wen said the territory would soon lift restrictions on U.S. pork and beef, paving the way for an eventual free trade agreement with America.

Since 2007, Taiwan has denied market access to U.S. pork raised with ractopamine, despite an overwhelming body of scientific evidence that demonstrates the safety of the feed additive. Ractopamine is widely used as a feed ingredient in global beef and pork production. It is approved for use in production by nearly 30 nations and by the CODEX Alimentarius, the international standard-setting organization. Imports of pork raised with ractopamine are accepted by 75 countries. Although ractopamine use by hog farmers is not widespread, it is an option that is safe and acceptable.

Some beef has had access to the Taiwanese market prior to this announcement. The Wyoming Beef Council used Economically Needed Diversification Options for Wyoming funds for promotions targeting Taiwanese consumers in the 2019 fiscal year. In 2019, block-chain technology was used to track beef from Wyoming to the island country. Lamb has had access to Taiwan since 2016.

NPPC appreciates that Taiwan is indicating it will soon lift all non-tariff barriers to U.S. pork and is grateful for the work of U.S. Trade Representative (USTR) and the USDA to tear down barriers to U.S. pork exports all over the world. NPPC will continue to defend the right of U.S. hog farmers to use production processes and products that are safe. NPPC opposes government mandates that, with no scientific backing, dictate production practices and unnecessarily increase food prices and inhibit consumer choice.

Second Round of Ag Aid Could Come Soon