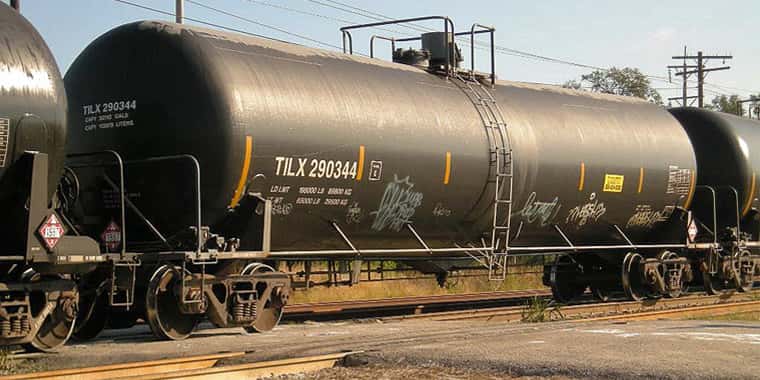 Ag groups say that federal attempts to improve tanker-car safety may increase problems on the rail for agriculture.

OMAHA (DTN) — Federal attempts to improve ethanol and crude oil tanker-car safety in light of a number of accidents in recent years may compound what already has become a transportation nightmare for agriculture and other commodities.

That's the view of a number of agriculture interest groups and others in comments this week on a proposed rule to make tank cars safer.

The U.S. Pipeline and Hazardous Materials Safety Administration (PHMSA) is expected to finalize the rule early in 2015. It comes at a time when U.S. farmers are expected to harvest a record corn crop and as U.S. oil production continues to grow — potentially clogging up rail traffic in the coming years.

The proposal comes after a series of high-profile derailments and explosions, including one in Canada in 2013 that killed 47 people. As more oil and ethanol move by rail, mayors and governors have called on federal regulators to tighten safety standards on tank cars.

U.S. agriculture began facing rail-service disruptions about a year ago for a number of reasons: Increases in the volume of coal, crude oil and intermodal shipments transported by rail; a large and compressed U.S. grain harvest; and a lack of available locomotives and crews. The situation was further exacerbated by severe storms last winter.

In addition, a railway supply industry representative said during a webinar this week his industry cannot replace the current tank car fleet at a pace fast enough to avoid service disruptions in the coming years.

“It is in the context of this severely constrained rail capacity and continuing service challenges that our organizations urge PHMSA to re-evaluate and revamp its proposed rule to better comport with the current freight rail environment,” the groups said in the comments.

The ag groups asked the agency to reconsider proposed railway speed-restriction options and to reconsider modifying a proposed schedule for retrofitting or replacing the nearly 30,000 ethanol tank cars in service.

The Pipeline and Hazardous Materials Safety Administration proposed phasing out those cars by Oct. 1, 2018, replacing them with a safer model. The groups said they believe the phase-out is “infeasible, both from a practical and economic perspective.”

The groups asked the agency to consider a more comprehensive approach that addresses a number of factors that could cause train derailments and other accidents. In addition, the groups asked regulators to reconsider a proposal to require electronically controlled pneumatic brakes on flammable fuel train cars, for fear that costs to install those brake systems would be passed on to rail carriers and customers who lease cars.

Tom Simpson, president of the Railway Supply Institute, said during a webinar Thursday that the railcar-building industry has been proactive in trying to ramp up production of new tank cars. At the same time, he said the industry has recommended safety modifications be made to the existing fleet so as to avoid further service disruptions.

Only replacing the current fleet as recommended by PHMSA, Simpson said, would make the situation worse.

“We argue for a holistic approach to improve safety,” he said. “We recommend not only building safer cars but being allowed to modify the current fleet. We recognized the status quo wasn't acceptable, so we made a detailed proposal to PHMSA.”

The industry has started production on a safer line of tank cars. However, Simpson said production may not happen fast enough to avoid service disruptions.

Right now there are 27,845 ethanol tank cars and 45,503 crude oil cars in service, he said. About 57,000 of the newly designed tank cars are expected to be in circulation by the end of 2015. “The capacity to replace immediately is not there,” Simpson said. “We have argued the legacy crude and ethanol cars should be allowed to be modified can be modified by 2020.”

If the industry isn't allowed to modify legacy tank cars to make them safer, he said it will take years to move newer, safer cars into the fleet. “We think tank car building capacity is about 35,000 per year,” he said. “Others think that can approach 40,000.”

The Railway Safety Institute said in a news release Wednesday the proposed PHMSA rules, “in their current form would effectively force approximately 90,000 tank cars to be withdrawn from service at various times during the modification program and parked until the shop capacity required to carry out the necessary modifications becomes available.”

“To replace the loss in 2017, the year the first compliance deadline hits, theoretically it would require 20,000 trucks carrying more than 370,000 truckloads on North American highways, a practical impossibility and potentially more hazardous outcome given the safety risk associated with transport by truck,” RSI said in the news release.