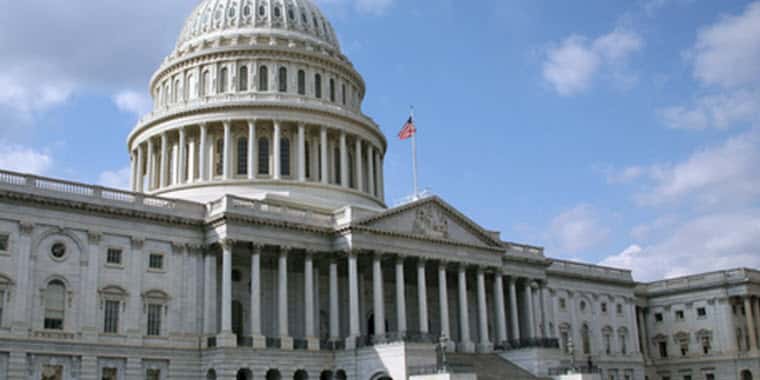 OMAHA (DTN) — The tantalizing possibility of writing off that tractor, combine or overpriced drone is still a possibility as the Senate could take up the tax-extender legislation before adjourning sometime in the next few days.

Senators didn't get to the tax-break bill over the weekend as they worked into the night Saturday to pass the $1.1 trillion spending bill that included fiscal-year funding for most federal agencies, including USDA.

Still to be determined is whether key tax breaks such as Section 179 deductions and bonus depreciation will be reinstated back to 2013 levels. The tax bill passed by the House earlier this month would reset the Section 179 write-off for business equipment back to $500,000 for companies that buy less than $2 million in total machinery. The bill also would allow 50{28d451f77a4de8a52cd2586be6cc1800527fe70ea84e8b3f90098495d088e086} depreciation levels in the first year of other machinery purchases.

Biofuel and wind-power companies also have major tax provisions in the bill. The barge industry has a hard-fought increase to the diesel tax in the bill that would further fund inland-waterway improvements.

Those are some of the major tax provisions for farmers hanging on the chance that the Senate finds the time to take up the bill. The tax bill would only be retroactive for 2014 taxes and would not roll forward for 2015.

The omnibus spending bill that now heads to the president's desk was passed late Saturday evening on a 56-40 vote by the Senate. The bill has been dubbed “Christmas tree legislation” because of all the policy riders that pleased a broad array of lobby groups. The biggest non-budget provision was language backed by big banks that allow them to use federally-insured deposits for derivative investments. Another provision boosted the amount of money wealthy donors can contribute to campaigns.

For agriculture, the spending bill would block EPA and the Army Corps of Engineers from implementing the “interpretive rule” that was handed down last March regarding conservation practices that would be exempt from Clean Water Act provisions. However, the bill doesn't specifically block EPA from continuing to pursue the actual Clean Water Act rule revising the definition of waters of the United States.

The New York Times noted Monday the spending bill prevents the federal government from requiring farmers to report greenhouse-gas emissions from livestock operations and would prevent any livestock producer from having to obtain methane permits. The provision was in the bill even though there is no proposed rule that would require such permits.

Farm Service Agency would be blocked from cutting staff or offices. The bill prevents the Farm Service Agency from closing 250 county offices or eliminating 815 staff positions. The budget agreement actually puts a “temporary moratorium” on closing FSA offices or relocating employees until a comprehensive assessment of FSA workload is completed by USDA.

The department also would be prevented from requiring food suppliers to reduce salt content in school lunches. Schools could also get waivers to avoid whole-grain requirements for foods such as pasta.

Potatoes will now be allowed for purchase using the Women and Infant Children's program. WIC has specific restrictions on items that can be bought, mainly including baby formula, dairy products, as well as whole grains and fruits and vegetables. Potatoes had been restricted from the program, but the industry has lobbied for years to be included.

The bill also blocks the secretary of agriculture from using the 1996 checkoff act to implement a new, parallel beef checkoff. “An overwhelming majority of cattle producers do not support paying assessments into two separate beef checkoff programs operating simultaneously,” the bill states. USDA also has until May to come back to Congress with yet another possible rewrite of language for country-of-origin labeling.

Another provision blocks the Interior Department from listing the sage grouse as an endangered species, but does add funding for efforts in the Southern Plains to protect the bird.

Congress continued to block any federal salaries or expenses related to horse slaughter.