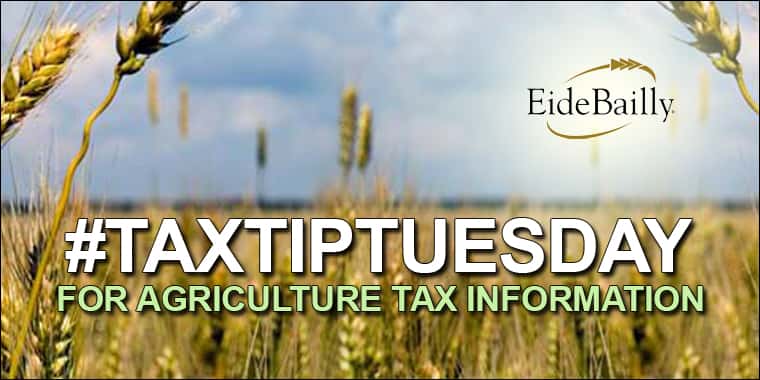 Cash basis producers have an opportunity to make contributions of raised commodities directly to a charitable organization. The fair market value of the gifted commodity is excluded from taxable income of the donor, resulting in the potential for significant federal, state and self-employment tax savings.

The following example illustrates the potential tax savings of a charitable gift of a commodity directly to a qualified charity vs. the sale of the same commodity by the producer and a gift of the sales proceeds.

The example above results in a $4,530 tax savings to the donor, while still providing the charitable organization with a $10,000 benefit.
Note that the tax savings of this illustration may vary, depending upon the marital status of the donor, level of self-employment income of the donor and presence of any additional itemized deductions of the donor.

In order for this strategy to work, and provide the maximum tax benefit, it is very important to be aware of the following guidelines:

Caution: If the above steps are not followed, the IRS may treat this as a grain sale by the farmer, and a subsequent cash contribution to the charitable organization.