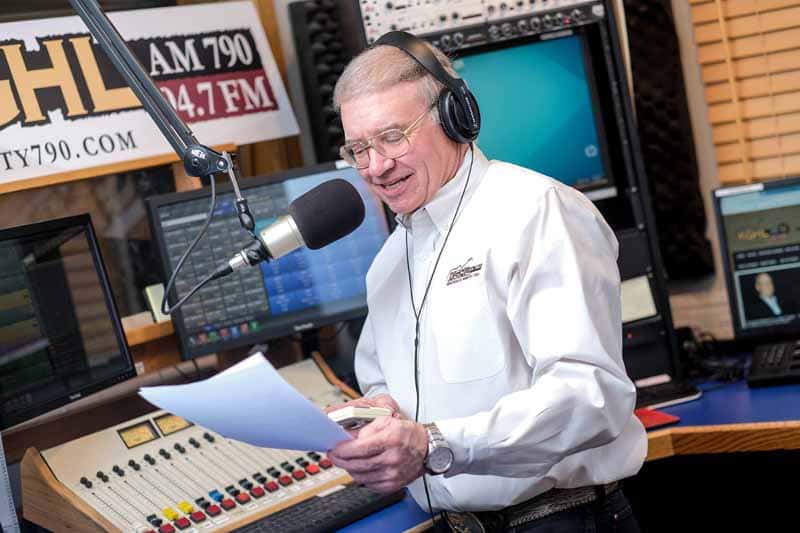 Taylor Brown Featured in Raised in the West Magazine

Northern Ag Network’s own Taylor Brown was recently featured on the cover story of Raised in the West Magazine, a regional publication. Check out the excerpt below and then click on the link to read the full story and see more pictures of Taylor in action.

Taylor Brown might have the most recognizable voice in Montana.

During his four-decade career as a television and radio broadcaster, Taylor’s distinctive, enthusiastic voice has been heard all over eastern Montana and northern Wyoming, delivering the latest news about virtually every aspect of agriculture.

As one of the most sought-after public speakers in the region, that voice has delivered countless speeches at conventions, seminars, banquets and annual meetings. Others still listened as he led farm and ranch tours organized not only by the Billings Area Chamber of Commerce but tours to all corners of the nation and international tours in several foreign countries.

He’s narrated videos made by companies, organizations and nonprofits, spoken numerous times at the Montana Legislature, first as an advocate and then as a two-term state senator, and for 10 years he was the football announcer for the Huntley Project High School football team.

His voice is notable for another reason. Though it carries some of the exaggerated diction and drama of the long-time broadcaster that he is, it reflects his personality, capturing the honesty, good humor and sunny optimism for which he is widely known. That attitude, matched with a degree of involvement that seems to be detached from the need to sleep, makes Taylor unique in Montana.

“In the agricultural community, I think he’s a household word,” says Jim Peterson, of Buffalo, a former Executive Vice President of Montana Stockgrowers and, like Taylor, a former state senator, rancher and entrepreneur. “I mean, everybody knows him. I would guess he’s made as much of a contribution to agriculture as any individual I know.”