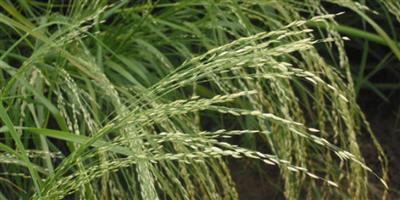 Researchers at Kansas State University may just have found a safety net for dairy producers during times of limited water availability or drought.

Graduate research assistant Benjamin Saylor is reporting findings of a study showing that teff hay has the potential to replace alfalfa and corn silage in the diets of lactating dairy cows.

Teff is a warm-season grass native to Ethiopia, where the grain is also used for human consumption. Due to its physiology, it is well-suited to drought conditions.

The university’s feeding trials with high-producing dairy cows included a control diet and two alternative formulations of the teff diet.

It’s a surprise finding in that teff grass is relatively high in fiber and somewhat lower in protein. “You wouldn’t look at the nutrients and say this is an exceptional forage, compared to something like alfalfa,” Saylor said.