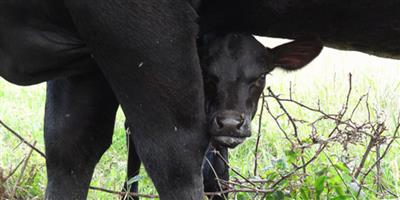 The Move to Later Calving

The feeling of spring has different ways of revealing itself. Snow storms typically turn to thunderstorms, the grass greens up, and new life enters the world. Over the last several years it may feel like spring shows up later and later. That’s because some of the spring time signs are later.

This time of year, ranchers are typically in the thick of calving. Across Northern Ag territory, March and April have been the heaviest calving months, some pushing into May. Ranchers have been pushing back calving dates in recent years with a host of factors coming into play. Some producers have capitalized on genetics, others have realized labor shortages, and prices for the calf at the sale barn is also a big key.

Genetics play a huge role in the herd. Bull selection, also going on this time of year, has become more of a science with expected progeny differences (EPDs) available on almost every aspect of the animal. Calculated numbers to show more accurate birth weights, calving ease, and potential weaning weights have factored in more heavily for the producer’s consideration.

“I think we can still get those acceptable weaning weights by moving calving dates back,” says Dr. Steve Paisley, University of Wyoming Extension Beef Cattle Specialist. Based on EPDs of selected bulls, if a producer can calve in April or May and still reach their desired weaning weights in the fall that would encourage later calving. He also mentions that the industry has moved to shorter gestation and lighter birth-weights so there seems to be fewer calving issues than there used to be.

The labor of calving pushes dates back as well. Ranches are managing more cattle with less help on the place. That makes it more ideal to calve in warmer months and worry less about the cow. South Dakota State University Extension Cow/Calf Field Specialist Robin Salverson points out that the average age of area farmers and ranchers is well into the 60s so having later calving can reduce the strain on producers.

Weather might be one of the biggest factors for changing calving dates. Several years of cold temperatures and snow make it tough to want to continue chilly nights checking and bringing new life into the cold world. Dr. Paisley says that cold weather calving bites the producer later as frozen ears and tails turn into discounts at the sale barn in the fall. The last thing a rancher wants is a docked price because a calf has a missing ear or tail. Salverson also says that later spring calving gives producers the opportunity to save money by not feeding hay and supplements to get the cattle by, they can turn out to pasture and utilize the range.

“The major costs for all cow/calf operations is winter feed costs. If we can minimize that by calving in late spring that’s less forage resources and less input costs that need to be fed to those cows,” Salverson says. “Matching the requirements of the cow with the forages is critical and key to help reduce costs.”

Moving calving to later months isn’t for every producer. Production cattlemen still take advantage of earlier calving. Compared to middle and late spring that can bring a wet snowstorm, January and February tend to be drier months. Other ranchers take advantage of earlier calving to capitalize on more pounds for more dollars when they sell. Each operation functions a little differently and adjusting calving dates is just one part to running a ranch.