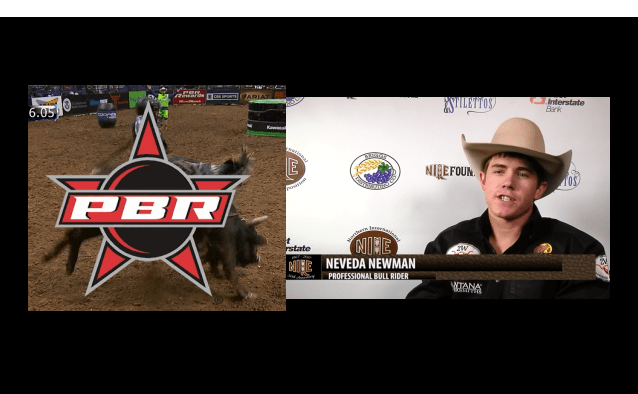 The NILE Salutes the PBR

Billings, MT-Bull Riding action is a tradition in Billings. Dating back to 1993 when the first Bull Riding event hit town brought to Billings by the NILE.

The PBR began when a group of professional bull riders broke off from the Professional Rodeo Cowboys Association in 1992. This new organization boasted a single event format that was sure to excite bull riding fans. An action packed event that the NILE organization was happy to embrace, NILE hosted its first in the spring of 1994.  With a tradition was formed and become making as the longest running event in PBR's history.  That is 24 years of bringing exceptional stock, talented cowboys and an adrenal rush like no other to Billing, MT.

The NILE salutes the PBR for partnering with us for the past two decades. The PBR exhibits the cowboy spirit of grit, and bravery–traits of the Western way of life that we work to preserve and embrace. Being progressive and constantly coming up with new ideas may seem contradictory to the stereotypical rural way of life. However, the most dangerous words in farming and ranching can be “do it the way we've always done it.”  The PBR has done an exceptional job of changing it up. Keeping the Bull Riding action packed with the most impressive animal athletes, extremely competitive cowboys and a production that is sure to excite year after year.

NILE Foundation President Butch Bratsky speaks of the first PBR event fondly.  “From being a NILE Board member and Officer and on the Rodeo Committee back in the early to mid-1990s, I'd like to thank the Professional Bull Riders (PBR) for giving us the opportunity to host one of their top tier events in 1994 and every year since then. It's been a great partnership and one that we are certainly proud of and to be one of the elite venues working with the PBR is great for Billings, Montana and our bull-riding fans!!”

It is with a tip of our hats that we salute the fans of the PBR for continue to attend and support those professional bull riders who compete in Billings. The Billings fans are known for their knowledge of the event, dedication to the sport and warm welcome give to the cowboy's year in and year out. The electric feeling in the air is addictive and contagious–thank you for being a part of that and coming back to get more.

50 years of NILE means a history of exceptional partnerships. We count ourselves fortunate to have had a partnership lasting 24 years strong this year with the Professional Bull Riders event. Thank PBR, fans, and cowboys alike for your role in making NILE 50 years strong.

Be sure to catch all of the Bull Riding action at MetraPark April 7-9, 2017. Tickets available through the MetraPark Box Office by calling 800.366.8538 or visiting www.metrapark.com. For more information on the NILE visit www.thenile.org.

“Over the next twelve months, the NILE will salute the many partners who have aided in the success of this organization. Without a doubt, the success and longevity of this organization attributed to the hard work and efforts of our many supporters. Those involved with farming and ranching are tied together with common values of hard and are grateful for the blessings that the land and the industry provide us all. The NILE embraces this spirit of gratitude. Many thanks to all of our partners over the past 50 years that have supported, and continue to support, the NILE.”  –Jason Euell, NILE

The Northern International Livestock Exposition (NILE) is a non-profit organization 501(c)5 established in 1967 that is dedicated to the promotion of livestock, agriculture education, and respect of the western tradition.  For more information on the NILE call (406) 256-2495 or visit www.thenile.org. The 2017 NILE is October 14-21 in Billings, Montana.

Miles City Goes Above and Beyond to Enhance Ag. Education