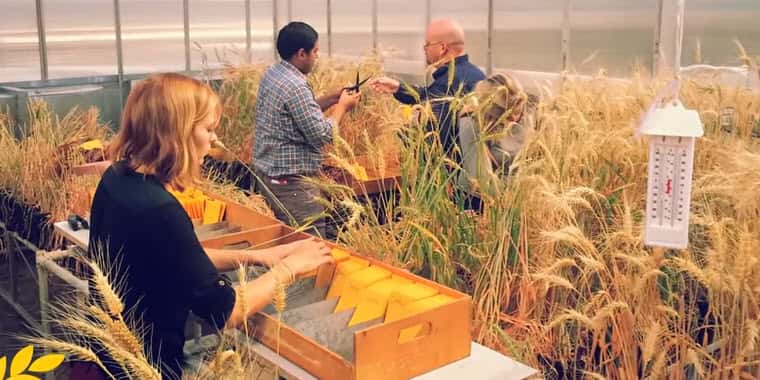 The U.S. Barley Crop Was Basically Drowned to Death

January 7, 2015
by the Associated Press; curated by Zach Noble

HELENA, Mont. (AP) — Problems with the 2014 malt barley crop in the western United States have resulted in the worst year for malting production in the nation, but beer drinkers likely won’t have to shell out an extra couple dollars for their favorite brews.

Much of the nation’s large-scale brewing is done in the Midwest, says Collin Watters of the Montana Wheat and Barley Committee, but barley growing has been pushed farther west as corn and soy have become more profitable to grow.

This year, farmers and maltsters have been scrambling to salvage a large portion of the crop hit by heavy rains in August, especially in Montana and Idaho, the top two barley-growing states in the U.S. Growers in North Dakota and Alberta, Canada, faced similar issues.

“They always see a little bit of rain at harvest but never as widespread as it was this year,” Scott Heisel, vice president at the American Malting Barley Association, said. “The industry has never had to deal with this issue on this scale before.”

Fields with half of Montana’s crop and 85 percent of Idaho’s were inundated, leading the barley to start germinating in the field, Heisel said. That’s a problem, because maltsters want to control the germination under special conditions in their facilities.

Winter puts an end to VS outbreak