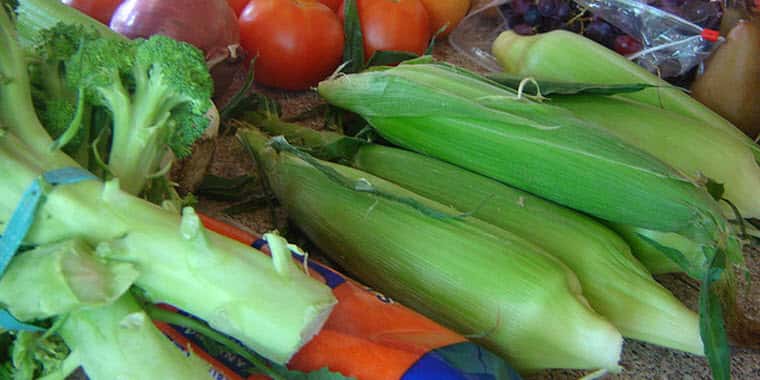 There Aren’t Enough Veggies in America for Everyone

New data points to a lack of nutritional diversity in the U.S., as well as a veggie shortage.

The U.S. Dietary guidelines recommend that most adults eat two and half cups of vegetables per day. Ideally, those veggies would change daily, rotating through a colorful cast of different flavors and nutritional benefits.

But new data from the U.S. Department of Agriculture suggests that the reality of meals in America is pretty far from this ideal. In fact, there's only about 1.7 cups of vegetables available per person in the U.S. based on data from 2013. Not only are Americans not getting enough vegetables, they’re also only mostly eating potatoes, tomatoes and lettuces. That means they're potentially missing out on the important nutrients found in things like peppers, beans, squash and dark leafy greens.

“The dietary guidelines promote variety,” Jeanine Bentley, a social science analyst at the USDA's Economic Research Service, told NPR. “But when you look at it, there isn't much variety.”

Potatoes and tomatoes, two foods often associated with heavily processed foods, make up about half of the vegetables available in the U.S. According to the USDA, about two-thirds of available potatoes are made into chips, fries or frozen foods. Similarly, about three quarters of available tomatoes are processed into things like ketchup, pasta sauce and soup.