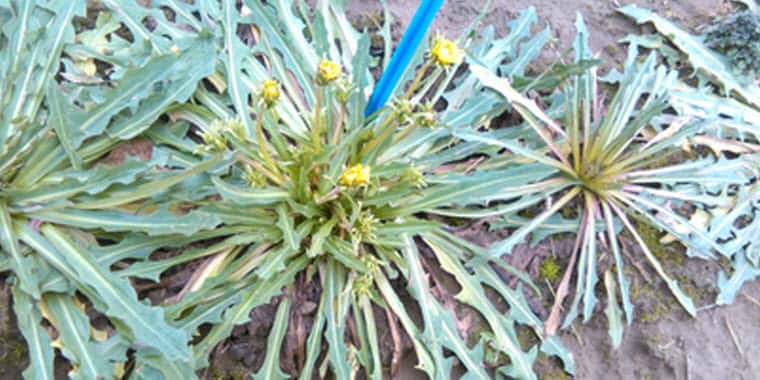 Thanks to an under-appreciated species of dandelion called the “Kazakh dandelion,” Mitas hopes to test the first agriculture tire made from agricultural cultivated crops. The company says it plans to have a prototype of the dandelion tire by 2015.

Rubber extracted from the Taraxacum koksaghyz species will complement rubber tree latex in the compound of this tire, explains Andrew Mabin, Mitas sales and marketing director.

“We are examining different ways to use natural and renewable materials to produce our tires,” he says. “Our research and development department is actively seeking new ways of improving our manufacturing process, which includes researching new raw materials or substitutes.”

Mitas is one of several tire manufacturers researching the benefits of the Kazakh dandelion in producing a more sustainable rubber for their tires. There have been past attempts at producing rubber from the plant, although not for agricultural tires. It was cultivated on a large scale in the Soviet Union between 1931 and 1950. During WWII, several other countries, including the U.S., experimented with the plant as an emergency source of rubber when traditional supplies in Southeast Asia were threatened.

Researchers at The Ohio State University say they can produce as much as 1,500 kg of rubber per acre (just over 3,300 lbs), in small-scale trials. That production is on par with the best Asian tree plantations, but has not been repeatable yet on large-acre trials.