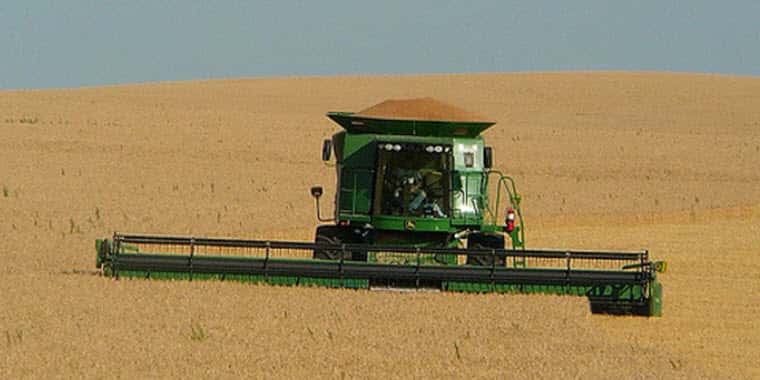 Time to Batten Down the Hatches

KANSAS CITY (DTN) — Predicting the ag economy, you can either emphasize the positive — we are not going to see the “bust” in agriculture that we saw in the 1980s. Or, you can look at the negative — the “soft landing” may last five to 10 years. You can draw both conclusions in looking at the ag industry and projecting what this means for the future, Purdue University economist Mike Boehlje told a Kansas City Federal Reserve meeting this week.

A soon-to-be-published Purdue study forecasts revenue per acre falling below cost of production each year from 2014 to 2017 for Midwest corn and soybean producers. “Then we may just bounce along close to breakeven for five to 10 years, if you compare to historical ag economic cycles going back to 1900,” noted Boehlje. Over the past 100 years, “good times” lasted five to seven years and the “not-so-good times” lasted 10-12 years, Boehlje said.

Boehlje presented his study to lenders, farm managers and ag and food industry leaders attending the annual Kansas City Federal Reserve Agricultural Symposium. “We're going to have some vulnerable agricultural borrowers out there. Equipment dealers may be the most vulnerable,” added Boehlje. “We lost 25{62211894bbe3543ea27fa51e74e3ab79f2baeee0f4cbac9ff4b15b5bf1d81fd0} of the equipment dealers in the 1980s. We will see another washout in dealers in the next two to three years.”

BIG RENTERS MOST AT RISK

“We're not really worried about these folks who own half the land they farm,” said Boehlje. Where the shake-out is most dramatic is in the comparison of farmers who own most of their land versus those who rent most of their land.

“Those who have aggressively bid up cash rents and rent most of their acres will have trouble,” Boehlje said. “And these tend to be young, beginning farmers who don't have a land base. But larger operators who have been aggressive in the cash rent market will also encounter cash flow and debt servicing challenges.”

“The only way it's going to get better is cost reduction,” Boehlje advised. “Improvement will not come on the price side. Farmers will have to pull back on capital expenditures, which they have done. A lot of farmers have updated their equipment line. So, this will give them a buffer, until they need to replace or repair their equipment. Phosphorus and potassium fertilizer may be scaled back. More precise nitrogen and pesticide applications will help.”

If they haven't already, farmers need to align their debt with appropriate repayment terms, recommended Boehlje. “Equipment should be on five- to seven-year term debt, not three- to five-year. You should not have 10-year land mortgages. They should be 20-year mortgages.”

The biggest single cost for row-crop farmers, generally, is land costs. “Rents will have to come down, or many farmers will be severely financially stressed,” said the Purdue economist.

Boehlje added, “Some farmers may have to decide which rented ground can they let go. Even if you've built up your working capital, you can burn through that pretty fast when you are losing money on each acre. If you have a 10{62211894bbe3543ea27fa51e74e3ab79f2baeee0f4cbac9ff4b15b5bf1d81fd0} burn rate, even farmers with 30{62211894bbe3543ea27fa51e74e3ab79f2baeee0f4cbac9ff4b15b5bf1d81fd0} working capital (current assets minus current liabilities divided by gross revenue), will have only a one- to two-year cushion.”

“I hate to sound like a 'Debbie Downer,'” said Boehlje. “We get calls complaining that Purdue's agricultural economists are too negative. But farmers need to batten the hatches now if they want to survive the 'not-so-good-times' that typically follow the 'boom times' in agriculture.”