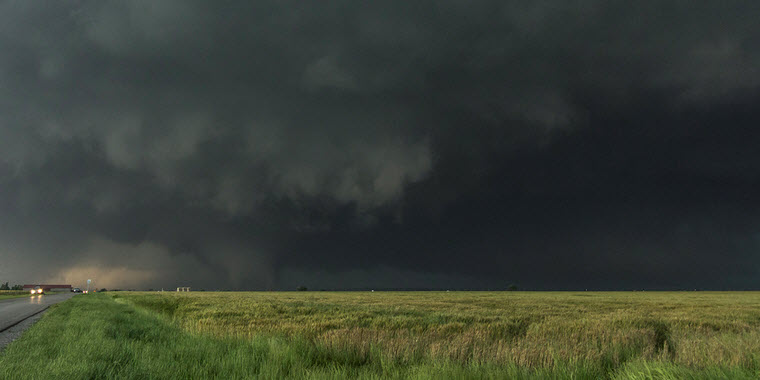 DELMONT, SD – As the tornado roared towards Main Street Delmont, it hit several farms in its path, killing livestock and crumpling grain bins.

“I would say we're in shock; everything we've worked for for the last 42 years, it's pretty much gone,” farm owner Lila Fechner said.

In addition to a machine shed, grain bins, and field equipment, Lila and Michael Fechner lost their home.

It all started with a warning from their son-in-law to take cover in the basement. They took shelter with a neighbor in the corner of a basement, now under open sky.

“We gotta hang on to each other, so we covered up; prayed of course that it wouldn't hit,” Fechner said.

“There was a rush – there was was more noise really when it was on its way than when it happened. In a flash, it was over,” Fechner said.