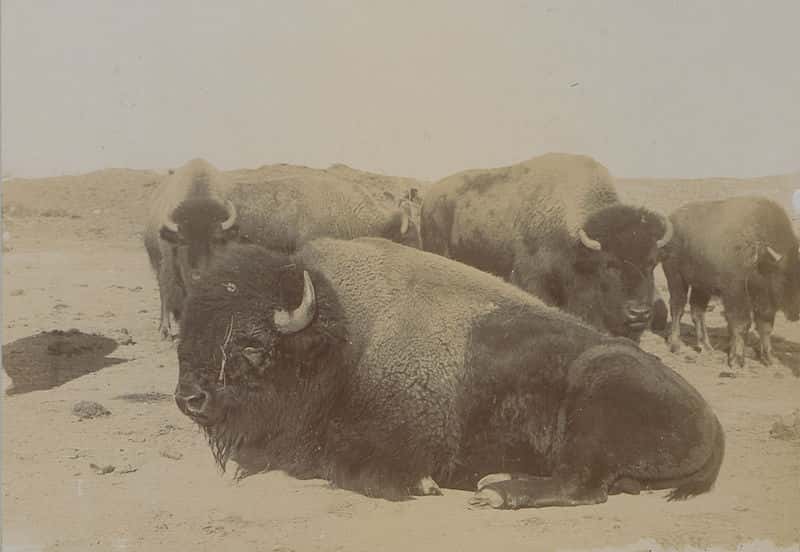 The treaty looks to restore bison along the international border.

The following article is from the Associated Press:

Leaders of Native American tribes and First Nations in the U.S. and Canada have signed a treaty to restore bison along the international border.

Treaty organizers said representatives of 11 tribes and First Nations from Montana and Alberta signed the pact during a Tuesday ceremony on the Blackfeet Reservation.

They say it marks the first treaty among the tribes since the 1800s, when their ancestors still roamed the border region hunting bison, or buffalo.

Leroy Little Bear is with the Blood Tribe, part of the Blackfoot Confederacy of tribes in the U.S. and Canada. He said the long-term goal is to allow bison to roam across the border and restore cultural ties severed when overhunting drove bison nearly extinct in the late 1800s.