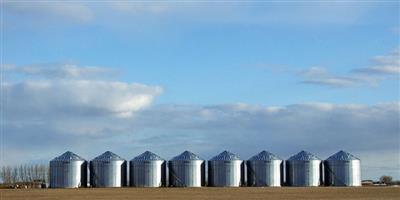 “Under President (Donald) Trump's leadership, we will continue to expand U.S. trade and investment by negotiating trade agreements with Japan, the EU and the United Kingdom,” said Ambassador Robert Lighthizer. “Today's announcement is an important milestone in that process. We are committed to concluding these negotiations with timely and substantive results for American workers, farmers, ranchers, and businesses.”

Lighthizer's office sent letters to Congress notifying lawmakers of the talks. Under rules of a 2015 trade-promotion law, the USTR will publish objectives for all three potential trade deals at least 30 days before talks officially begin.

Senate Agriculture Committee Chairman Pat Roberts, R-Kan., said Wednesday he was encouraged by the administration's announcement, adding both President Trump and USTR Lighthizer “Recognize these are critical markets for farmers, ranchers and other businesses, representing hundreds of billions in exports of U.S. goods and services.”

Roberts added, “I appreciate the Trump administration's work to ensure American agriculture has a seat at the negotiating table.”

The American Soybean Association noted it has called for a negotiated solution between the U.S. and China, stating its farmers hope that lost exports to China can be offset through new free-trade agreements. Entering into talks with the EU, Japan and U.K., “Will make a settlement with China a plausible next step, bringing an end to the devastating tariff imposed on American soybeans.”

China and the U.S. have been back and forth with retaliatory tariffs that have left U.S. agriculture effectively losing what was the top destination for U.S. farm products, especially soybeans. Trump was briefly asked about China at the White House on Wednesday, noting that China wanted to make a trade deal. “I told them they are not ready,” Trump said. “It's hard for them, they've had it so good for so long.”

Japan was the fourth-largest market for overall U.S. exports at $67.6 billion in 2017 and the fourth-largest market for agricultural products at $12 billion. Still, the USTR noted there are significant challenges for key exporters in areas such as automobiles and agriculture, and the U.S. maintains nearly a $69 billion trade deficit with Japan. The U.S. already is slightly behind the European Union, which completed talks for a trade agreement with Japan in early July.

According to USDA, the top U.S. agricultural products sent to Japan in 2017 were corn at $2.16 billion; beef and beef products at $1.86 billion; pork and pork products at $1.68 billion; soybeans at $980 million; and wheat at $720 million. In looking at the European Union, the USTR noted the U.S. and EU have a large complex volume of trade reaching more than $1.1 trillion in bilateral trade. At the same time, the EU maintains a $151.4 billion trade surplus with the U.S., which has become a sticking point with President Trump.

In seeking to work with the EU, Trump and EU leaders back in July announced plans to lower tariffs on industrial goods while Europe agreed to buy more U.S. natural gas and U.S. soybeans.

The Obama administration had worked for nearly six years to negotiate the Transatlantic Trade and Investment Partnership (TTIP) with the EU, but those talks ended just before Trump became president.

Trump administration officials are just beginning talks with the EU, but there is already some frustration. Dow Jones reported Wednesday that U.S. Commerce Secretary Wilbur Ross said President Trump wants quick results from trade talks with the European Union and warned that progress was unsatisfactory.

The United Kingdom will not be allowed to negotiate individual trade agreements until the UK officially leaves the European Union, which is set for March 29, 2019.

Over the past two years, the Trump administration has had a working group talking with UK officials on the possible outlines of a trade deal. On an equivalency level, U.S.-UK trade is estimated at $235.9 billion last year with the U.S. carrying a trade surplus of about $15.9 billion.

When Does Marketing Grain to Canada Pay?