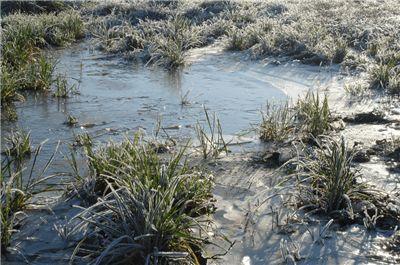 The Biden administration’s Environmental Protection Agency plans to repeal and rewrite the definition of water of the United States, or WOTUS.

The EPA announced Wednesday it will repeal the Trump-era Navigable Waters Protection Rule, which replaced the Obama-era Waters of the U.S. rule. EPA Administrator Michael Regan states, “the EPA and Department of the Army have determined that this rule is leading to significant environmental degradation.”

A review of the rule requested by President Joe Biden claims stakeholders are seeing destructive impacts to critical water bodies. However, a Reuters report says “Farmers, ranchers and big industrial companies supported the Trump rollbacks, saying previous definitions of which waterways should be protected were overly broad, in some cases covering streams that were completely dry.” Trump’s rollback excluded seasonal streams and wetlands.

The Department of Justice Wednesday filled a motion requesting remand of the rule without vacating it. The EPA, along with the Army Corps of Engineers, say they will rework the rule to protect water resources and communities consistent with the Clean Water Act. The agencies say the new rule will reflect input from landowners, agriculture, and state and local governments, along with environmental groups.

The agencies will also start a new rulemaking process that restores protections put in place before 2015.

Responses to the announcement

“The Waters of the United States rule was a terrible idea during the Obama administration and it certainly hasn’t improved with age. This outrageous rule isn’t about protecting America’s waterways. It’s about giving Washington control over everything from backyard ponds to puddles and farm fields.

“I’ll continue to stand with America’s farmers, ranchers and responsible landowners to oppose this misguided rule every step of the way.”

Another result of a fraudulent election of a fraudulent president. This time we did not reap what we sewed. We reaped what obama planned and soros bought. Shame on the despicable democrats.