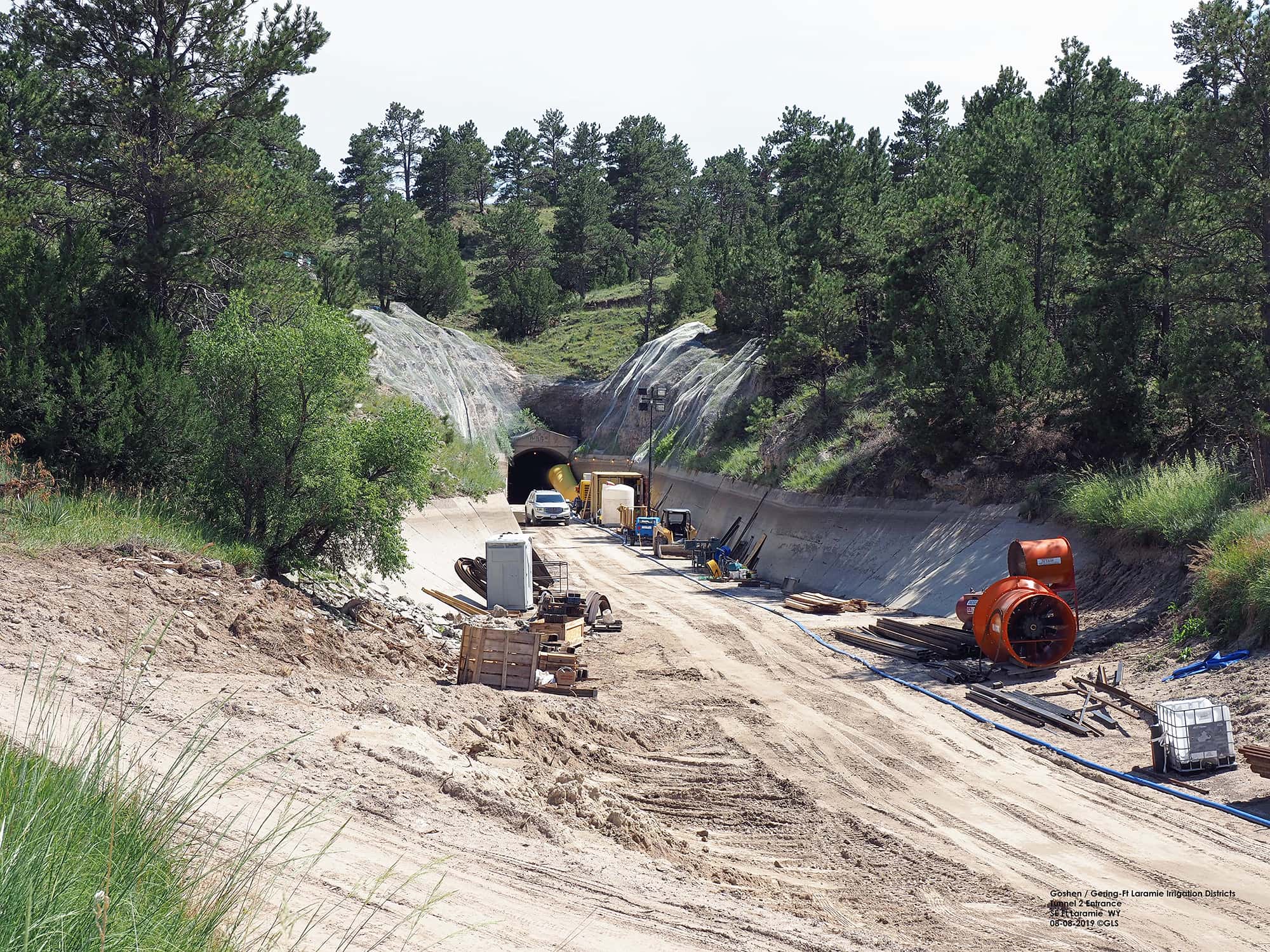 Tunnel Collapse May Have an $89 Million Economic Impact

The economic impact of the July 17 tunnel collapse on the Gering-Fort Laramie Canal could climb as high as $89 million if the loss of irrigation water results in a total crop failure, according to a new report issued by University of Wyoming Extension and Nebraska Extension.

The tunnel collapse and subsequent canal failure near Fort Laramie, Wyo., disrupted water deliveries to about 107,000 acres of cropland in Goshen County, Wyo., and Scotts Bluff County, Neb. As of mid-August, the canal bank had been repaired, but contractors were still working from dawn to dark in the tunnel, trying to remove dirt, patch several holes in the concrete walls, and reinforce the walls with steel ribs.

The economic analysis of the potential effects of the collapse assumes a total loss of corn, dry edible beans and sugar beet in the affected region, and one-third loss of alfalfa production.

This economic impact model was produced with the best data available given the variability in agriculture. Due to lack of data for other crops grown in this area, they were not considered in the analysis. Because of uncertainty of crop losses being covered by crop insurance, potential indemnity payments were not included in this analysis.

“If farmers are unable to sell these commodities, there will be a negative impact not only on our farmers but also on Main Street,” said Jessica Groskopf, Nebraska Extension Regional Economist. “It is important for our communities to understand the hardships that our farmers are facing and realize that the loss of these crops will ripple through our economy.”

The complete report is available online at https://go.unl.edu/canal

Goshen County, Wyo., and Scotts Bluff County, Neb., receive less than 16 inches of average annual precipitation. This low precipitation makes surface-water irrigation a critical component of modern agriculture in this area. Since the collapse of the tunnel and resulting breach of the Goshen/Gering-Ft. Laramie Canal, diversions of water have been stopped in order to inspect and repair the damage.