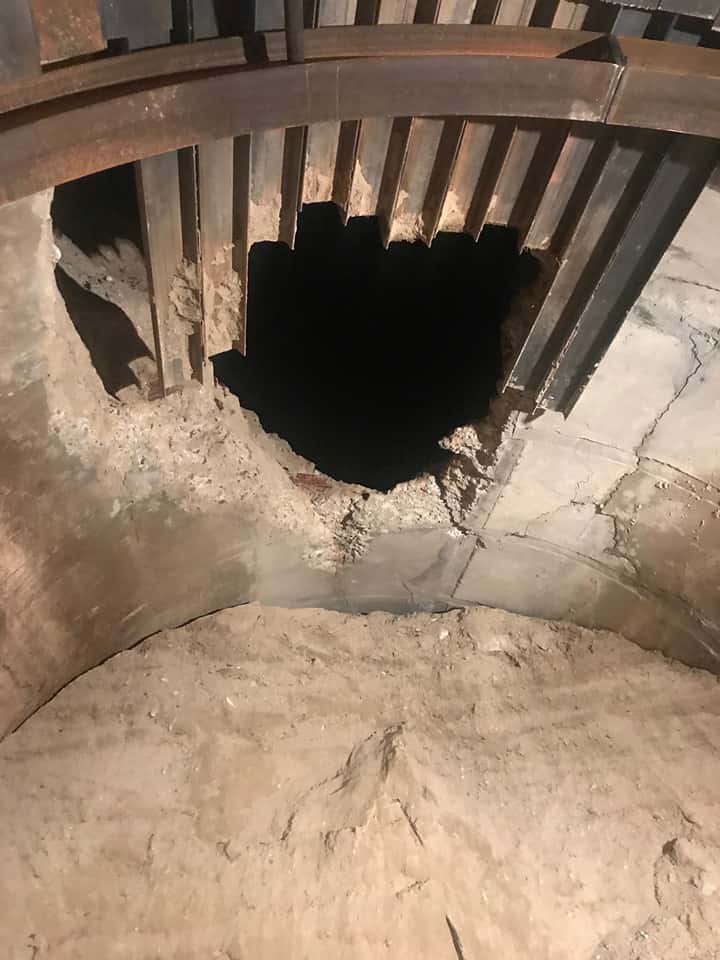 The tunnel collapse that occurred on July 19, 2019 has completed enough repairs to test water capabilities by the end of the week. In a statement released on Goshen Irrigation District’s Facebook page, “The ribbing and tunnel ceilings have been stabilized to a point of 700 feet within the tunnel. After the collapsed hole was repaired, grouted and secured, the remaining length of the tunnel was debris free and stable for water use. The above ground excavation has also completed, turning the project’s attention to ground reclamation and the long-term future plans for the tunnel repairs. In addition to SAK, GID and GLFID employees have been working around the clock on the site since the collapse on July 19, 2019.”

The statement also included, “Contractors and irrigation district managers are hopeful to resume water service in the Fort Laramie Canal for water deliveries by the end of this week. Final dirt extraction, equipment removal and site cleanup is commencing to clear and make way for water deliveries in the tunnel. The water will be turned on slowly to ensure tunnel stability and to test and monitor the tunnel as water is released.

Farmers and landowners are asked for their patience as the water will be released slower than typical, until the canal capacity has been reached. Delivery rates and quantities will be announced once the flows, stability and holding rate of the canal is determined.

The official time and days of water release and expected deliveries will be announced once determined in the upcoming days.”