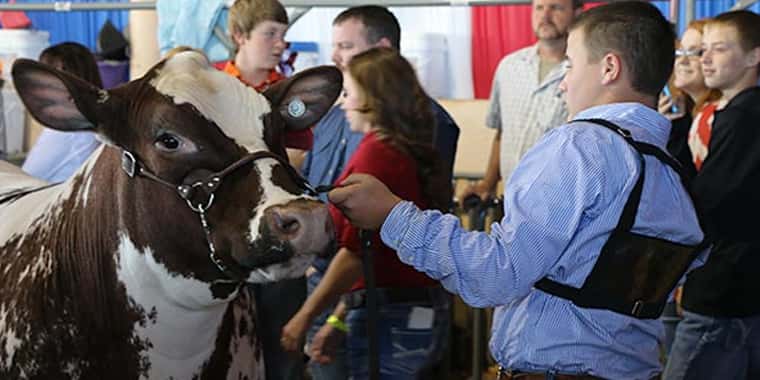 The following is portion of an article from Dallas News:

When it was all over, the buzz was all about Buzz.

For the second year in a row, it was Dallas’ III Forks steakhouse and its charity-oriented Big Tex Champion Club, that bought the fair’s prize steer. The same buyers ponied up $110,000 for 2013’s grand prize winner, Corndog, raised by 10-year-old Paige Martin of Hereford.

Friday’s was the 66th annual livestock auction benefiting the State Fair’s college scholarship fund. Of 2,200 animals entered in the market category, only 256 were chosen by judges to advance to sale.

CLICK HERE to read the remainder of this story and see pictures of the steer.