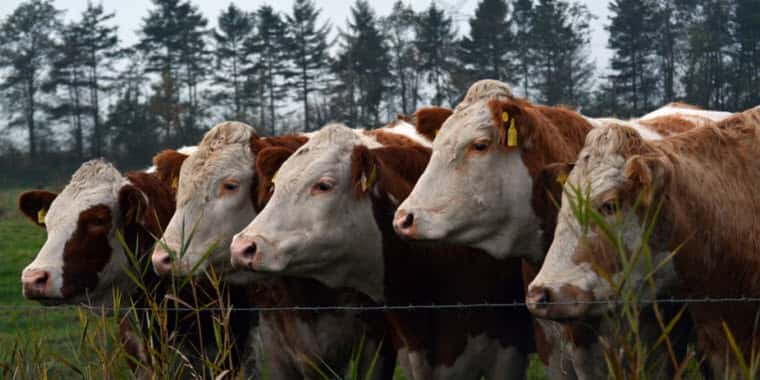 (Washington, D.C.) – U.S. Secretary of Agriculture Sonny Perdue today announced that the United States and Japan have agreed on new terms and conditions that eliminate Japan’s longstanding restrictions on U.S. beef exports, paving the way for expanded sales to the United States’ top global beef market. Last week, on the margins of the G-20 Agriculture Ministerial Meeting in Niigata, Japan, Secretary Perdue met with Japanese government officials and affirmed the importance of science-based trade rules. The new terms, which take effect immediately, allow U.S. products from all cattle, regardless of age, to enter Japan for the first time since 2003.

“This is great news for American ranchers and exporters who now have full access to the Japanese market for their high-quality, safe, wholesome, and delicious U.S. beef,” Secretary Perdue said. “We are hopeful that Japan’s decision will help lead other markets around the world toward science-based policies.”

The U.S. Department of Agriculture estimates that this expanded access could increase U.S. beef and beef product exports to Japan by up to $200 million annually. The agreement is also an important step in normalizing trade with Japan, as Japan further aligns its import requirements with international standards for bovine spongiform encephalopathy (BSE).

In December 2003, Japan banned U.S. beef and beef products following the detection of a BSE-positive animal in the United States. In December 2005, Japan restored partial access for U.S. beef muscle cuts and offal items from cattle 20 months of age and younger. In February 2013, Japan extended access to include beef and beef products from cattle less than 30 months of age.

In April 2017, Japan eliminated its age-based BSE testing on domestic Japanese cattle, paving the way for similar age-based restrictions to be lifted on negligible BSE-risk trading partners, including the United States. On January 15, 2019, Japan’s Food Safety Commission (FSC) concluded eliminating the age restriction for beef from the United States, Canada and Ireland posed a negligible risk to human health. Based on the FSC risk assessment, Japan began consultations with the United States to revise its import requirements in order to align with the BSE guidelines of the World Organization for Animal Health (OIE).

National Cattlemen’s Beef Association President Jennifer Houston today issued the following statement regarding the announcement. “This is great news for American cattle producers, and Secretary Sonny Perdue and the Trump Administration deserve a lot of credit for helping knock down this non-tariff trade barrier in Japan. This underscores the safety of the U.S. beef herd, and it will hopefully send a signal to other Asian nations that non-science-based trade barriers like this one should be eliminated in their countries, as well.

“Tariff rates grab all the headlines, but non-tariff barriers are often just as important, if not more so, when it comes to determining market access. Hopefully this will help spotlight this important point and lead to more trade victories in the near future.”

USMEF appreciates the efforts of USDA and the Office of the U.S. Trade Representative to secure removal of the 30-month cattle age limit for beef exports to Japan, which is a major step toward putting BSE in the rear view mirror when it comes to global beef trade. While most of the U.S. beef shipped to Japan will continue to be from fed cattle under 30 months of age, the opportunities for over-30-month beef cuts and beef variety meat are significant. Japanese buyers from the pre-BSE era are very familiar with these opportunities, and USMEF has been educating many others who entered the industry over the past 15 to 20 years.

USMEF estimates that removal of the cattle age restriction will increase exports to Japan 7 to 10 percent, or by $150 million to $200 million per year. Beef muscle cuts from over-30-month cattle that are most likely to achieve success with Japanese buyers include short plate, chuckeye rolls, short ribs, middle meats, clods and briskets. Beef variety meat items most likely to be in demand include outside skirts, hanging tenders, mountain chain tripe, tongues, abomasum and intestines. The ability to use beef from over-30-month cattle will also lower costs for companies exporting processed beef products to Japan. But for the U.S. industry to fully capitalize on this growth opportunity, U.S. beef needs to be on a level playing field in Japan. So USMEF is also anxious to see progress in the U.S.-Japan trade negotiations.