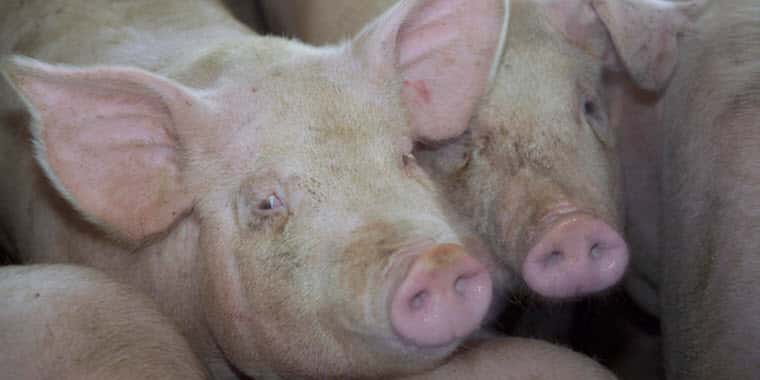 WASHINGTON, D.C., May 17, 2019 – The Trump administration today announced plans to lift the 25% tariff on steel and the 10% duty on aluminum imports imposed last year on Canada and Mexico. Both countries subsequently retaliated against a host of U.S. products. The tariffs would be lifted after 48 hours.

“We thank the administration for ending a trade dispute that has placed enormous financial strain on American pork producers,” said David Herring, a pork producer from Lillington, N.C., and president of the National Pork Producers Council. “Mexico’s 20% retaliatory tariff on U.S. pork has cost our producers $12 per animal, or $1.5 billion on an annualized, industry-wide basis. Removing the metal tariffs restores zero-tariff trade to U.S. pork’s largest export market and allows NPPC to focus more resources on working toward ratification of the U.S.-Mexico-Canada Agreement (USMCA), which preserves zero-tariff trade for U.S. pork in North America.”

“NCBA is grateful to President Trump for working with Canada and Mexico to resolve the steel and aluminum tariff situation. Removing this trade barrier opens the door for Congress to ratify the U.S.-Canada-Mexico Agreement. NCBA strongly supports the USMCA, and now is the time for Congress to work with President Trump to ratify the USMCA as soon as possible. We cannot afford to delay action on this monumental agreement.”

“The U.S. Grains Council is encouraged by the announcement of a deal to lift Section 232 tariffs and countertariffs on goods traded between our country, Canada and Mexico. Our two neighbors are among our best customers for every grain and grain product the Council promotes, and efforts to continue to build stronger relationships with them, including through the pending U.S.-Mexico-Canada Agreement, are critical.”

“Today’s announcement is a big win for American agriculture and the economy as a whole. I thank President Trump for negotiating a great deal and for negotiating the removal of these tariffs. Canada and Mexico are two of our top three trading partners, and it is my expectation that they will immediately pull back their retaliatory tariffs against our agricultural products. Congress should move swiftly to ratify the USMCA so American farmers can begin to benefit from the agreement.”

Last year, Canada and Mexico took over 40% of the pork that was exported from the United States. NPPC has designated USMCA ratification as a “key vote” and will closely monitor support of the agreement among members of Congress. U.S. pork exports to Mexico and Canada support 16,000 U.S. jobs.

“We are also hopeful that the end of this dispute allows more focus on the quick completion of a trade deal with Japan,” Herring added. “U.S. pork is losing market in its largest value market to international competitors that have recently implemented new trade agreements with Japan.”

According to Dr. Dermot Hayes, an economist at Iowa State University, U.S. pork will see exports to Japan grow from $1.6 billion in 2018 to more than $2.2 billion over the next 15 years if the U.S. quickly gains access on par with international competitors. Hayes reports that U.S. pork shipments to Japan will drop to $349 million if a trade deal on these terms is not quickly reached with Japan.