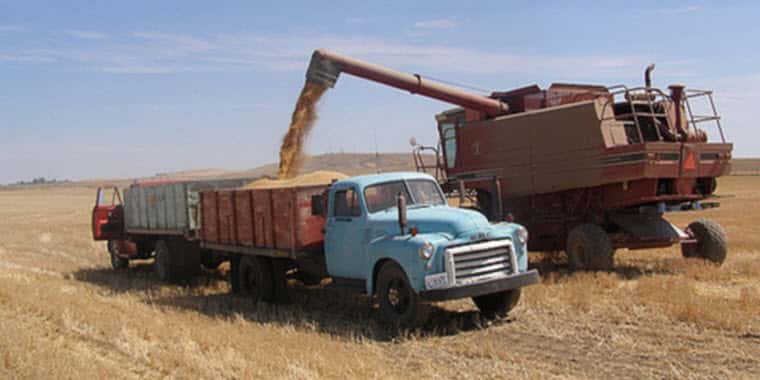 As both Stoner and O'Toole farm in states bordering Canada, they have personal experience with this situation.

Under the Canada Grains Act, when a U.S. farmer transports his wheat across the border to Canada with the intent of selling at a local elevator, that wheat will automatically be deemed feed-quality without any regard for the actual quality of the grain.

To take a closer look at the impact of this policy, Congress last fall included a provision from Senator Heidi Heitkamp (ND) in legislation to reauthorize the Grain Standards Act requiring the U.S. Department of Agriculture to conduct a study about the policy barriers facing U.S. farmers in countries that don't provide reciprocal grading.

The study, which was released this spring, breaks down the grading system employed there and describes how such a system leads to a de facto requirement for segregation of grain in the Canadian bulk handling system. Additionally, the report raises concerns about whether Canada is meeting its trade commitments through the use of this system.

Through the letter, NAWG and USW compare the use of this grading system to the arguments that were used by Canada in the recent Country of Origin Labeling (COOL) dispute. Specifically, the Canadian grain grading system affords less favorable treatment for imported wheat as compared to domestically-grown wheat, which aligns closely with Canada's argument that the U.S. COOL program led to a lower price being paid for Canadian livestock; at the end of the COOL dispute, the World Trade Organization ultimately ruled in Canada's favor.