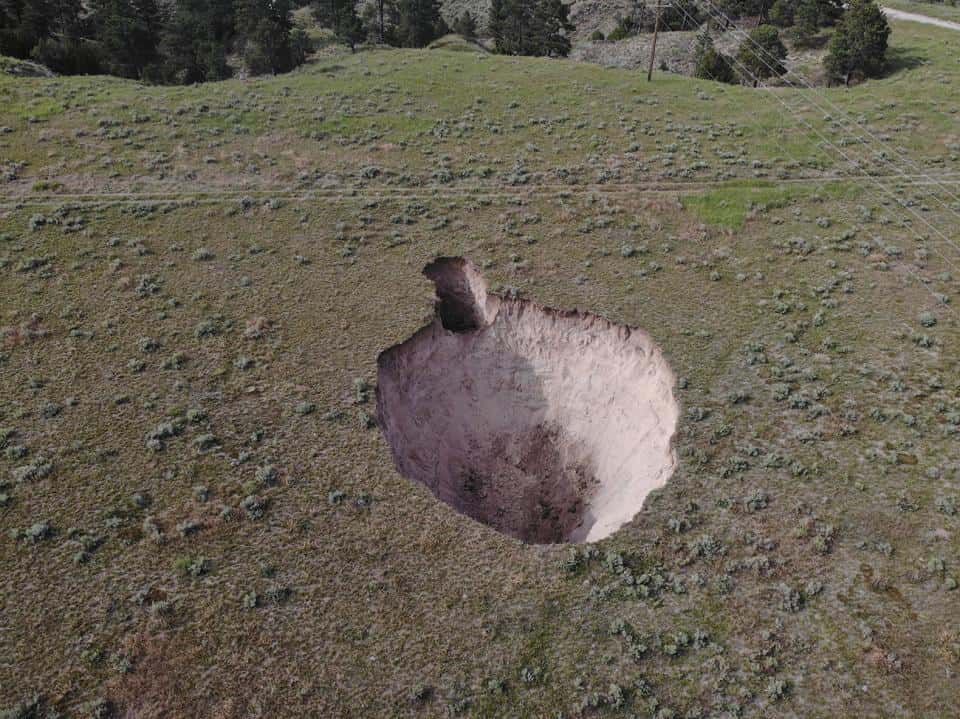 Update On The Tunnel Collapse

Nebraska Extension provided the venue for the Gering-Fort Laramie Irrigation District meeting at the Panhandle Research and Extension Center in Scottsbluff, where approximately 250 attended. The University of Wyoming Extension/Eastern Wyoming College provided the venue for the Goshen Irrigation District meeting in Torrington, Wyoming, attended by approximately 300.

At the Scottsbluff meeting, the GFL Irrigation District General Manager updated the audience on the sequence of events that culminated in the canal breach. His voice breaking with emotion at times, Rick Preston described the irrigation boards’ urgent efforts since July 17 to assess the damage and seek solutions that might return the canal to service, both for this summer and for the long term.

The governors of Wyoming and Nebraska have issued emergency declarations to direct state resources to the area and are helping coordinate recovery efforts.

Finding a way to pay for the millions of dollars needed for repairs was a major topic of discussion at Scottsbluff. Potential federal, state, and local sources of funds were discussed.

Also discussed was whether federal crop insurance would cover any damage to crops caused by loss of water during a critical part of the growing season. There is no definitive answer, but several speakers said eligibility for crop insurance payments will depend on the determination of the cause of the canal break. Jessica Groskopf, Extension ag economist, is cautioning farmers to continue managing their crops as though they expect water to be returned to the canal to retain eligibility for crop insurance payments.

Xin Qiao, UNL irrigation and water management specialist at the Panhandle Center, provided data showing projected effects on crop yields if irrigation water is not available for several weeks. He is continuing to develop and refine the model. Deep-rooted sugar beets could be expected to survive longest, but all crops, including dry beans and corn, will suffer significant yield loss if water is not available soon.

Both irrigation district boards have been working since the tunnel collapse and canal break to develop a solution to restore water flow. Their original plan for a permanent repair fell through and now the plan is to install a temporary repair to get water flowing and continue with planning permanent repairs.

Construction of the tunnel was completed in 1917. It is

The collapse occurred about 800 feet in from the tunnel entrance.

While it’s too early in the investigation to determine the cause of the tunnel collapse, some have suggested that over time, a large cavity may have formed over the tunnel. When the cavity could no longer support itself, it collapsed and broke through the concrete portion of the tunnel, causing the blockage and resulting breach of the canal bank. The estimate is that between 4,000 and 5,000 cubic yards of material fell through the tunnel break.

At this time the proposed fix for the tunnel is to work from both ends to clear out the material blocking the tunnel. When the safety contractor determines the need, spring steel supports or “stints” will be installed every four feet to support the tunnel from the inside. As this is being done, holes will be drilled in the original concrete tunnel at various points on the “clock,” for example at 7, 10, 2, and 4. A special grout mixture will be pumped into these holes until the mixture reaches 15 pounds of pressure. This special mix of concrete contains an additive that causes it to “foam” so that it will fill the void between the outer surface of the concrete tunnel and the inner surface of the natural tunnel as it hardens. This process is similar to the expanding foam used to seal leaks in a home’s foundation. The grouting process will be done from the tunnel entrance to the tunnel exit. The extent of repairs at the collapse site will be determined when workers reach that point in the tunnel.

Contractors for the canal break have been on site repairing the canal bed and bank. The contractor for the tunnel work will be on site Friday, July 26. The hope is that work on both the tunnel and canal can be completed in 20 days.

Check for Diseases in Your Crops