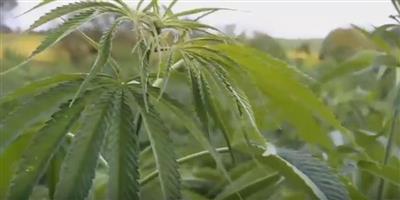 WASHINGTON, October 29, 2019 — U.S. Secretary of Agriculture Sonny Perdue today announced the establishment of the U.S. Domestic Hemp Production Program. This program, as required by the 2018 Farm Bill, creates a consistent regulatory framework around hemp production throughout the United States.

“At USDA, we are always excited when there are new economic opportunities for our farmers, and we hope the ability to grow hemp will pave the way for new products and markets,” said Secretary Perdue. “We have had teams operating with all hands-on-deck to develop a regulatory framework that meets Congressional intent while seeking to provide a fair, consistent, and science-based process for states, tribes, and individual producers who want to participate in this program.”

Later this week, an interim final rule formalizing the program will be published in the Federal Register that will allow hemp to be grown under federally-approved plans and make hemp producers eligible for a number of agricultural programs. The rule includes provisions for the U.S. Department of Agriculture (USDA) to approve hemp production plans developed by states and Indian tribes including: requirements for maintaining information on the land where hemp is produced; testing the levels of delta-9 tetrahydrocannabinol; disposing of plants not meeting necessary requirements; and licensing requirements. It also establishes a federal plan for hemp producers in states or territories of Indian tribes that do not have their own approved hemp production plan.

The interim final rule becomes effective upon publication in the Federal Register. Following publication, USDA invites public comment on the interim rule and the information collection burden. A preview of the rule is posted on USDA’s website.

USDA also developed guidelines for sampling and testing procedures that are being issued concurrently with this rule. These documents provide additional information for sampling agents and hemp testing laboratories.

More information about the provisions of the interim final rule is available on the U.S. Domestic Hemp Production Program web page on the Agricultural Marketing Service (AMS) website.

Once state and tribal plans are in place, hemp producers will be eligible for a number of USDA programs, including insurance coverage through Whole-Farm Revenue Protection. For information on available programs, visit farmers.gov/hemp.

U.S. Senator Steve Daines was Montana’s lone voice on the U.S. Senate Agriculture Committee during the 2018 Farm Bill negotiations. During negotiations, Daines fought to include and advance new opportunities for Montana’s farmers by helping secure the hemp provisions.

Daines applauded the announcement today saying, “Hemp in Montana is a great opportunity to create Montana jobs and grow Montana Ag. As a member of the Senate Ag Committee during discussions for the 2018 Farm Bill, I worked hard to create more opportunities for Montana farmers and remove hemp from being considered a controlled substance. I am glad to see Secretary Perdue and USDA move this process forward with the creation of the Hemp Production Program which will help provide regulatory certainty for Montana farmers interested in hemp production.”

U.S. Senator Jon Tester has also been a champion for Montana hemp producers since they started cultivating the plant as part of a 2014 pilot program. “This is a win for Montana’s farmers, cutting the red tape that’s stood in the way of business and job growth,” said Tester, who was the first member of Montana’s congressional delegation to ask federal agencies to address the issue. “The new rule means better access to cutting-edge research and new markets for hemp—which our state leads the country in producing—and it means certainty for the folks pioneering a new crop.”