Sales through an online U.S. cattle auction will begin impacting the prices that top meat packers pay for livestock next month, according to a U.S. Department of Agriculture decision issued on Thursday – a move that stoked traders' hopes for more transparent markets.

The agency said transactions at the weekly auction, called the Fed Cattle Exchange, will be included in USDA reports that companies such as Cargill Inc and Tyson Foods Inc use to determine how much they should pay farmers for an increasing percentage of animals sold.

It is the latest effort by government and industry officials aimed at improving transparency in the cash and futures markets for cattle, which have come under heightened scrutiny following a sharp setback in prices in the second half of last year from record levels in 2014.

The exchange launched in May and held several sessions before halting activity in June. It resumed on Sept. 14.

“Any further transparency of cattle prices is a good thing and for that reason I welcome it,” Joe Ocrant, president of Chicago-based Oak Investment Group and a cattle futures trader for more than 40 years, said about the USDA's decision.

Transparency in livestock pricing has been a concern of producers and traders for years. 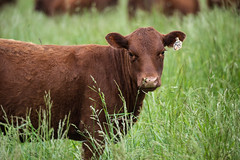