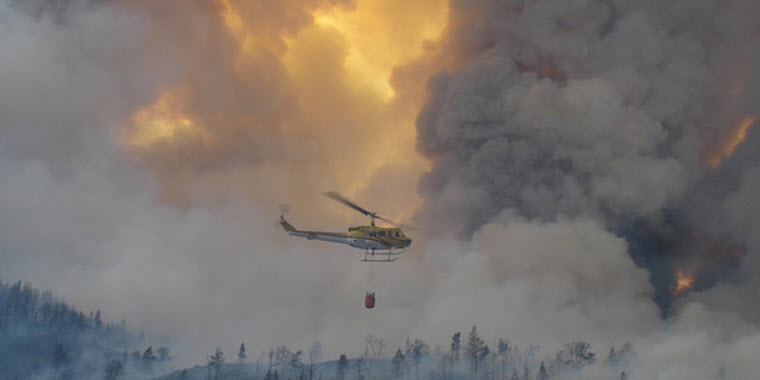 The next federal spending bill should establish a new way to pay for fighting ever-more-severe wildfires as the cost of mobilizing fire trucks, helicopters, air tankers and hundreds of firefighters burns through more than half of the U.S. Forest Service budget, a top USDA official said Tuesday.

In a section of Medicine Bow National Forest between Cheyenne and Laramie in southeast Wyoming, federal and state forest officials have been working together to clear out built-up vegetation that could fuel a major wildfire. A combination of machinery and prescribed burns will do the work.

Such projects stand to lose funding at least temporarily whenever the Forest Service has to raid non-firefighting accounts to pay for firefighting needs, USDA Undersecretary Robert Bonnie said. “Congress typically pays us back. But we lose a season. We disrupt projects,” he said.

Legislation to classify severe wildfires as natural disasters for funding purposes seeks to address the problem. The next federal spending bill, which must clear Congress by Dec. 11, should contain such a measure, Bonnie said.

Twenty years ago, firefighting accounted for about 16 percent of the Forest Service budget. Recent bad fire seasons have consumed more than half of the budget.

The recently ended fire season, with huge fires in Washington state and California, was among the worst on record. Sixty percent of the agency's spending went to firefighting, Bonnie said.

“We're burning more acres. We've got longer fire seasons. Our fires are more catastrophic. And we've got more development in the wildland-urban interface, which means fighting those fires is more expensive,” he said. “The trends aren't good, and they're not going to get better over time.”