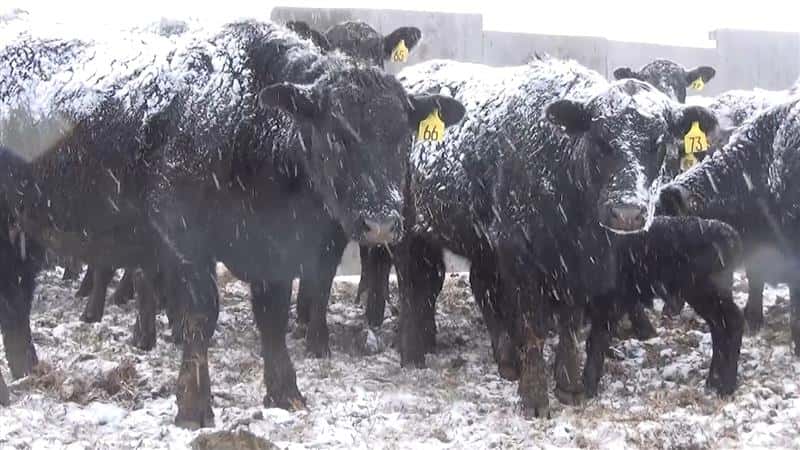 The USDA Farm Service Agency (FSA) has revised the payment rate for young calves through its Livestock Indemnity Program (LIP).

The North Dakota Stockmen’s Association (NDSA) made the request of the federal agency in early May, after gaps in the disaster program aimed at adverse weather-induced livestock losses became apparent following two record-setting, spring storms in April that claimed thousands of cattle in the state. Many North Dakota cattle producers were in the heart of their calving season at that time, and newborn calves were amongst the most vulnerable.

LIP payment rates are to be based on 75 percent of the average fair market value for specific livestock categories. However, until Wednesday’s revision, the value assigned to young beef calves was only $175 per head.

The NDSA conducted research on the actual value of the young calves and documented that the LIP payment rate was a mere fraction of the actual value. The organization, which has more than 3,100 members, shared this data with the State Farm Service Agency and Congressional delegation, which used it to help make the case that the program rate was not reflective of actual values and, therefore, did not match the program’s stated objective.

NDSA President Jeff Schafer, a New Rockford, N.D. cattleman, shared his appreciation to FSA for acknowledging the organization’s concerns and making the necessary adjustment. He also extended a special thanks to State Executive Director Marcy Svenningsen, who used the NDSA’s data in the state office’s pitch to the federal office, as well as Sens. John Hoeven and Kevin Cramer, who amplified the concerns of producers to USDA in congressional hearings and correspondence.

“Blizzard Haley and the encore weather disaster the week after took a major toll on our state’s cattle herds,” Schafer explained. “While the disaster program doesn’t bring back the animals nor the generations of hard work, selection and breeding that were lost, it will help producers recover after these catastrophic storms, which came on the heels of record-setting drought. The revised value is much more accurate and reflective of real-life pricing.”

Schafer said the limitations in the program were brought to light in conversations with thousands of producers in the state, who have shared their stories with association leaders. Within days of the first major April storm, the NDSA had direct contact with nearly 900 North Dakota ranch families.