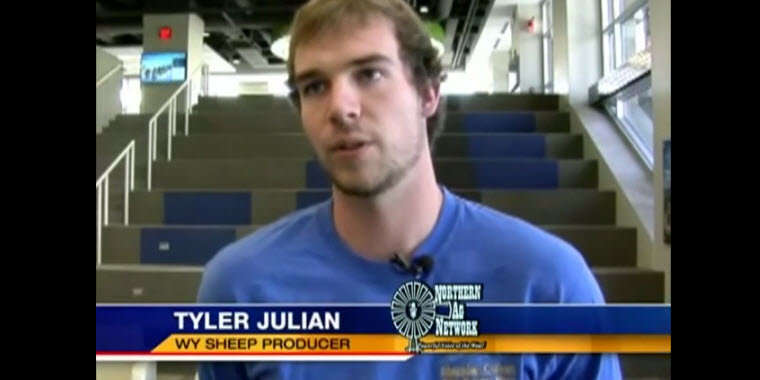 University of Wyoming Extension sheep specialist Whit Stewart said he found inspiration to help U.S. producers and growers deal with challenges they face in the lamb industry after his recent visit to New Zealand.

Stewart had been selected to represent the U.S. at the 2019 Sheep Industry Ambassadors program last month to collaborate with lamb industry leaders.

“This three-country program (New Zealand, U.S. and Australia) was designed to develop leaders in the lamb industry and foster collaboration across countries to increase lamb consumption,” said Stewart, an assistant professor in the Department of Animal Science.

The other ambassadors selected by the American Lamb Board to represent the U.S. were Reid Redden, a sheep and goat specialist for Texas A&M AgriLife Extension, and Laurie Johnson, an instructor in the Pipestone Lamb and Wool program at Minnesota West Community and Technical College, based in Worthington, Minn.

“It was an honor for us,” Stewart said.

One of the first stops was a tour of Otitahi Farm, leased by Katey Craig, who shears sheep and has 1,000 ewes of her own on the farm.

Stewart described Craig as being a young producer extremely knowledgeable and one of the hardest working individuals he’s met. Craig managed her grandfather’s farm and worked as a part-time shearer to build enough capital to lease her own farm. She provided her outlook on the future of the industry with the group.

“She clawed her way into the industry; nothing was given to her,” Stewart said.

Stewart said he was overwhelmed initially to see how the U.S. would be able to compete with such a large, innovative industry like New Zealand’s.

“If we are going to be competitive as an animal protein, we need to tell our story a lot better,” Stewart said. “I think we let fear-driven agendas drive our talking points in the industry. But really we need to be at the forefront and teaching people about sustainability.” 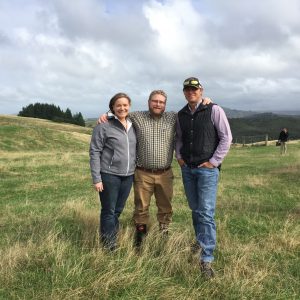 Australia and New Zealand are grass-based programs, explained Stewart. He mentioned that just because the U.S. uses feedlots does not mean animals are inhumanely treated or that it’s unsanitary.

“Sustainability is really about adapting to your resources,” Stewart said. “Our resources in the U.S. are dependent on that we have good grass production for a certain part of the year, and then we have to rely on harvested feeds.”

Stewart was also inspired by the meat processing facilities the group visited. He described the plant as visionary because they are forward thinking when it comes to changes in the industry. Since the industry in New Zealand is export driven, they are very response-driven because their national economy is at stake.

Stewart said the global perspective this program provided was very important to him.

“Sometimes we fall in the rut of saying ‘we have it figured out’ without taking a look at how other countries are dealing with problems,” Stewart said.

Stewart made many connections and created lifelong friendships.

“If we all sat down at the table and talked about our struggles and our opportunities, we could find very little difference whether we are Australian, New Zealand or American,” Stewart said.

This program was of great value for Wyoming because we are the fourth largest sheep state, third largest breeding inventory state and a national leader in the sheep industry, according to Stewart.

“Moving forward to develop those collaborations and have that global perspective is going to keep our state at the forefront to be one of the best in the country,” Stewart said.