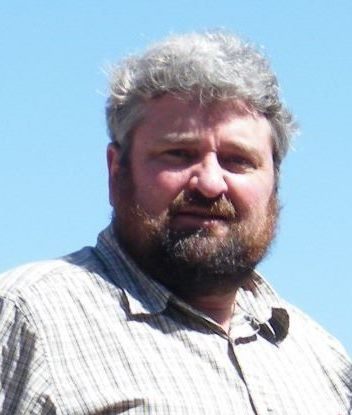 GREAT FALLS – On Saturday at the 104th convention of Montana Farmers Union, members elected Walter Schweitzer to serve as the new President of their statewide ag organization.

Walter Schweitzer grew up in a Montana Farmers Union family, one of six children of Adam and Kay Schweitzer, who farmed and ranched in Judith Basin County near Geyser.  Among other accomplishments, his parents were early pioneers in the American Simmental breed, helping establish purebred Simmental cattle in America in the 1970’s.

Schweitzer, who is now 57 years old, purchased his own farm at the age of 18, and graduated from Montana State University in 1985 with a B.S. in Agronomy.  Like many others, he learned the importance of market access and common sense trade deals through the 1980’s agriculture crisis, a time that he says forced him to leave his farm in order to pay down the debt he had acquired.  He and his wife Cindy Palmer spent five years in Saudi Arabia, before returning to Montana in 1990, where they have raised their two daughters.

For the past several years, Walter and Cindy have operated the same Judith Basin family farm where he grew up.  In 2017, they were selected to represent Montana in the Farmers Union Enterprise’s (FUE) Couples Leadership Program, and Schweitzer says he looks forward to building upon the great work of his predecessors in the Montana Farmer’s Union, working on behalf of family farmers, ranchers and rural communities.

“I am humbled that my neighbors and fellow Montana Farmers Union members have entrusted me with this great opportunity and responsibility,” Schweitzer said. “I ran for this position because I have seen first-hand the negative impact the trade wars have had on folks in production agriculture all across our state.  I will ensure Montana Farmers Union fights for real trade deals that work for our members.”

Although this was his first time to run for President of Montana Farmers Union, Walter Schweitzer has had considerable experience in politics and campaigning.  He was a student volunteer for the U.S. Senate campaign of future Democratic presidential candidate Gary Hart in Colorado in 1980, and he also worked on Walter Mondale’s presidential campaign in 1984.  Later Walter Schweitzer worked on several campaigns for his brother, Montana Governor Brian Schweitzer, then assisted as a volunteer in Governor Schweitzer’s office, and was a staff member for State Auditor Monica Lindeen.

Decision Made on Border Protections For Ag Industries

USDA Will Not Implement Requirements For RFID Tags

He’s a liberal only interested in leftist politics it’s why I’m not. Member of the Farmers Union it doesn’t reflect real farmer’s ideology!

He’s a bad seed, and doesn’t represent farmers or the greater good of our country.