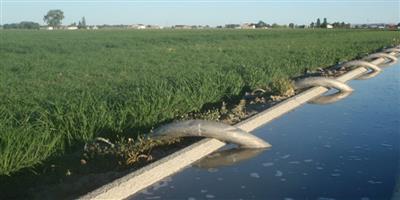 (Helena, Mont.)—In a letter submitted to the Senate Indian Affairs Committee the members of the Water Policy Interim Committee (WPIC) recently voiced their strong support for the ratification of the Confederated Salish and Kootenai Water Compact as part of the Montana Water Rights Protection Act (S. 3019) introduced by Senator Steve Daines and co-sponsored by Senator Jon Tester.

The WPIC is a bi-partisan legislative committee comprised of members of both the Montana State House and Senate that conducts detailed analysis of water related issues, makes recommendations, and proposes legislation to the Montana Legislature. Additionally, it also provides oversight of state agencies regulating the quality or quantity of water in Montana. These agencies include the Department of Environmental Quality, the Department of Natural Resources and Conservation, and Montana Fish, Wildlife, and Parks. This role in the Montana Legislature lends their letter in support of S. 3019 a unique perspective that is representative of water users in all corners of the state.

The letter cites the tremendous economic benefit the federal legislation would have both in terms of the investment it would make in the rehabilitation of critical water infrastructure systems as well as the cost-savings it would create for Montana taxpayers and members of the state’s agriculture industry.

“The compact will not only quantify and protect Indian and non-Indian water rights, but will rehabilitate an aging irrigation project feeding some of the state’s most productive lands, conserve the water resources for riparian habitat, and drive economic development in western Montana through access to unallocated reservoir water,” states the letter, signed by Rep. Zach Brown, the presiding officer of the committee.

The federal legislation, which received broad support from every major agriculture and water use group in the state, recently garnered the support of Trump Administration officials for the over 6,300 jobs it would create, as well as the over $1.3 billion it would save Montana taxpayers, farmers, ranchers, and water users.

“It is critically important that this legislation moves forward and the compact is ratified,” said Farmers and Ranchers for Montana Co-chair, Tom Beck. “This agreement has been long awaited by Montana water users, and the certainty it provides for our agricultural community is needed now more than ever. The Montana Water Rights Protection Act will secure our water resources for both tribal and non-Tribal water users and will ensure the future of our agriculture industry. We are extremely pleased to see the Water Policy Interim Committee voice their support for this landmark legislative solution.”

Read the letter from the Water Policy Interim Committee here.

What To Do in a Summer Storm