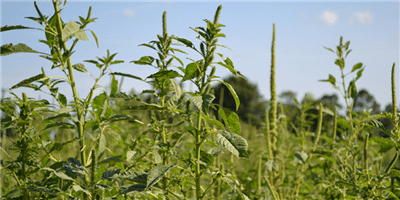 WESTMINSTER, Colorado – MAY 23, 2017 – A recent survey conducted by the Weed Science Society of America (WSSA) ranks Palmer amaranth as the most troublesome and difficult to control weed in 12 categories of broadleaf crops, and vegetables, while common ranks as the weed most commonly found.

Almost 200 weed scientists across the U.S. and Canada participated in the 2016 survey, the second conducted by WSSA.  A 2015 baseline survey explored the most common and troublesome weeds in 26 different crops and noncrop areas.

The current survey ranks the following weeds as the most troublesome or the most common among broadleaf crops, fruits and vegetables:

Six weed species appeared on both the “most troublesome” and “most common” lists, including Palmer amaranth, common , horseweed, , and common ragweed.  “Weed scientists have confirmed multiple cases of herbicide resistance in all six of these weed species, except for the where there is suspected resistance to glyphosate,” says Lee Van Wychen, Ph.D., science policy director for WSSA. “While each of these species has evolved traits that make them widespread and tough competitors in broadleaf crops like soybeans and cotton, there is no question that their to control with herbicides has pushed them to the top of the list in this survey.”

Although listed as the most troublesome weed in cotton only, Palmer amaranth was ranked first in the overall survey based on the number of respondents who cited it as a problem. Common is widely distributed across the northern half of the United States and southern Canada.  It is not surprising that it ranked as the most common weed in sugar beets, vegetable crops and pulse crops, such as dry edible beans, and chickpeas.

The 2016 survey data is posted online at http://wssa.net/wssa/weed/surveys. For more information specific to herbicide-resistant weeds, see the International Survey of Herbicide Resistant Weeds, available at http://weedscience.com.

A Chance to Review the Upper Missouri River Breaks Monument