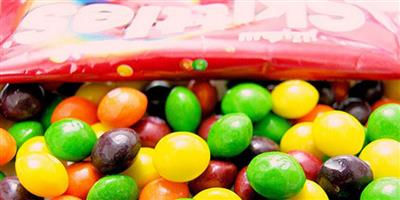 Weird Things Cattle Eat and It Is Perfectly OK

Any Google search will reveal plenty of articles on how cattle are bad for the environment. Some will say they emit too many greenhouse , while others will lament that they compete with humans for food resources. However, consumers may be surprised to learn that cattle are actually able to eat many things that are actually considered waste and are not allowed in the human consumption markets.

cookies? Yes, actually they can. If baked goods are past the expiration date, are broken or damaged, or the recipe was wrong, they may end up in cattle diets for a fraction of the cost of a more traditional cattle energy supplement. This can be a benefit for the cattle producer and the cookie factory.

What do pumpkins, potatoes, oranges, sugar beets, and pinto beans have in common? They can all be fed to cattle when they begin to spoil. When foods began to spoil they cannot be sold for human consumption. Due to the four-compartment stomach and the microbial population of the ruminant digestive system, cattle have no problem including these products to some degree in their diet. Rather than ending up in a landfill, they can be fed to cattle, reducing the loss for the commodity producer, reducing the production cost for the cattle producer, and reducing the environmental impact of placing the waste in the landfill.

Soooo … what do we do with all these by-products? Actually, many by-products make great cattle feed. By-products are the components after the main product is extracted. For example, when sugar is made from sugar beets, an energy-dense, fibrous pulp is left over. When ethanol is made from corn, a product high in digestible fiber and protein is left over called distillers grains. The process that produces corn oil and corn starch produces wet corn gluten feed, which is a by-product high in fiber and protein as well.

These by-products are excellent cattle feed, as their nutrients are very concentrated and they can usually be included in the diet very economically creating a win for the producers of the primary product, the cattle producer, and the environment.

Would you like a bowl of grass or a juicy steak for supper? Due to the complex nature of the ruminant animal’s digestive system, cattle and other ruminants are able to digest feeds that humans cannot. There are millions of acres of forage and range in the United States that cannot be converted to crop ground to raise things like wheat or corn because the soil is not fertile enough and too easily erodible. Therefore, those acres can only produce grass, which people cannot digest.

Fortunately for humans, ruminants, such as cattle do an excellent job of converting forages to . While most beef in the United States does come from cattle fed a high percentage of corn for about four months, the majority of a calf’s life is typically spent grazing grass and converting it to muscle. Fortunately for humans, that meat is high in protein, energy, iron, zinc, and important vitamins, and it can be digested readily by humans. This allows us to feed many people with land that cannot grow crops.

Are you done with that corn field? Cattle allow producers to “double dip.” Cattle producers are able to use land that is capable of producing crops for both crops and livestock. Although the residue left over in corn or wheat fields is very feed, the digestive system of the ruminant animal allows them to utilize a good portion of that residue that would often need to be removed before the next crop is planted. Research over a 20-year period at the University of Nebraska showed that grazing crop residue does not harm and in some cases improves subsequent crop yields.

So the next time someone says cattle are bad for the environment, set them straight and eat a steak!