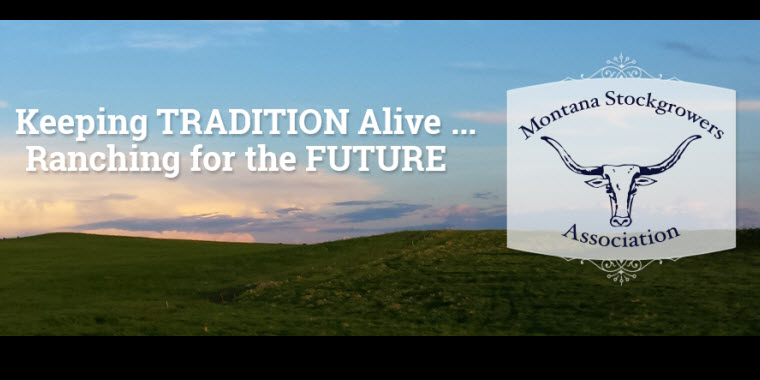 Western Montana Ranchers Elected to Stockgrowers Board of Directors

At the 130th Annual Montana Stockgrowers Association Convention and Trade Show last month, members elected two new ranchers to the MSGA Board of Directors. Race King of Dillon will join the 13-member Board for a two-year term, representing the Western Montana district; a seat previously held by Ray Marxer of Twin Bridges. Bryan Mussard of Dillon was elected at 1st Vice President.

“My wife and I were both raised on livestock operations and we desired the opportunity to raise our children in that same environment,” says Race. “We feel truly blessed to have been able to spend our entire lives working with livestock and the great people in our communities. I’m grateful to be able to work alongside my family and watch them develop a passion for this great business and the way of life it provides us all.”

When asked what are the major challenges the beef industry will face in the next 10 years, Race recognized the ranching community’s need to focus on federal regulations, resource management and employee development.

Bryan Mussard was elected as first Vice President on the Stockgrowers Board of Directors. Bryan and wife Marcia have raised six children and operate Reminisce Angus near Dillon. Bryan has been actively involved in the commercial feeding business for 40 years. Today, his operation weans, backgrounds, and develops cattle, collecting genetic data for customers through the Tracker marketing program. Bryan also manages ranches through the Big West Management Program.

Ray Marxer of Twin Bridges is the outgoing representative for the Western District on the MSGA Board of Directors. Marxer was elected in 2010 and has represented ranchers in Western Montana for two consecutive terms. Ray, along with his wife Sue, worked on the Matador Ranch for 37 years, where he retired as manager in 2011. Ray remains active in the livestock community through consulting and involvement in area youth and fair programs.

Other changes to the Montana Stockgrowers Board of Directors include Tucker Hughes of Stanford completing his term as President. Gene Curry of Valier was elected as President, while Fred Wacker of Miles City joins the MSGA officer team as second Vice President and Jess Drange of Ismay joins as Director, representing Southeastern Montana ranchers.

The Montana Stockgrowers Association meets annually to discuss and vote on policy measures, which guide the Association in representing its members on local, state and federal issues. To learn more about Stockgrowers programs or membership, visit mtbeef.org or contact the office in Helena, (406) 442-3420.

Sell the Farm to Pay for the Nursing Home?