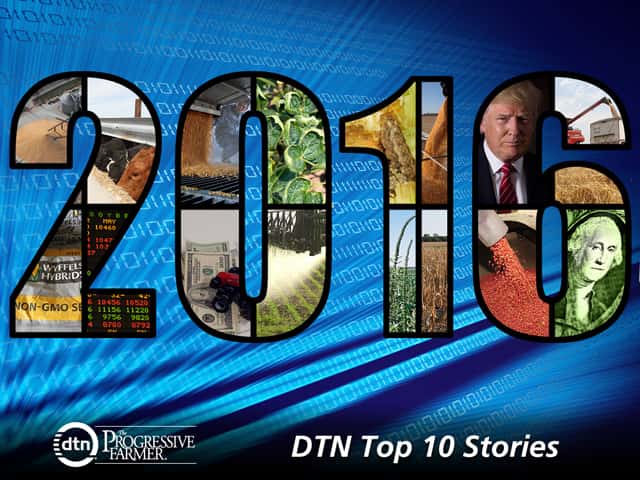 OMAHA (DTN) — USDA is set to withdraw the Grain Inspection, Packers and Stockyards Administration, or GIPSA, rule, according to a notice set for publication in the Federal Register on Wednesday.

USDA has decided to withdraw the Grain Inspection, Packers and Stockyards Administration, or GIPSA, rule. (Photo courtesy of Mississippi State University Agriculture Communications)
Sen. Charles Grassley, R-Iowa, who has been pushing for GIPSA implementation for years, just caught wind of the proposal when asked about it by agriculture journalists Tuesday morning.

“I've got violent opposition to what they're doing,” he said, clearly upset by the news.

“I didn't know they were doing this. I will let the Agriculture Department know about this today. They're just pandering to big corporations. They don't care about family farms. The legislative authority to write rules has been dormant for some time. This (GIPSA) is something to do with draining the swamp. This is an example of a swamp being refilled.”

In the notice, USDA said it made the decision based on a number of public comments about the interim final rule (IFR).

“A common theme of those opposed to the IFR was that it would lead to increased litigation,” the notice said.

“Commenters said that without the requirement to show harm to competition, the IFR would embolden producers and growers to sue for any perceived slight by a packer or integrator. Fear of litigation would cause packers and integrators to vertically integrate further, increase their volume of captive supplies, and rely even more on those suppliers and growers they currently use. Therefore, these commenters suggested the IFR would result in new suppliers being shut out of markets.”

The livestock marketing rules under GIPSA date back to language in the 2008 farm bill. The rules were controversial throughout President Barack Obama's administration.

Early proposals from USDA drew fire from major industry groups and Congress. The rules were then blocked by Congress. Lawmakers refused to fund any efforts to advance the rules. Congress relented in the fiscal year 2016 funding bill and USDA advanced the rules again.

The three rules were dubbed as the “Farmer Fair Practices Rules.”

The rules included an interim final rule on how USDA wanted courts to interpret a provision of the Packers and Stockyards Act. Courts have ruled in cases between poultry growers and poultry companies that a grower has to demonstrate a company's action against the individual grower harmed the entire poultry market.

Since the 1980s, USDA used the standard in beef or pork cases that a livestock producer doesn't have to show harm to competition to bring a Packers and Stockyards case against a company. USDA has pushed to apply the same language to poultry contracts.

The final proposed rule would have restructured the tournament payment system by giving USDA authority to determine if a ranking system for poultry growers' prices is fair or unjustly discriminatory, or deceptive. The poultry industry has opposed any USDA rules that could create problems with the company tournament systems.

“After nearly a decade of battling partisan and contentious GIPSA reforms, America's livestock, poultry and packing industries can breathe a sigh of relief,” he said in a statement.

“Today's decision helps restore both Congressional intent and common sense by ensuring American producers have the freedom to market their products without the threat of frivolous lawsuits. I appreciate the Trump administration's dedication to regulatory reform through the rollback of unnecessary and burdensome regulations like these.”

The National Chicken Council said in a statement the withdrawal would prevent future litigation.

“I want to thank Secretary (Sonny) Perdue for USDA's thorough and meaningful review of these controversial rules that would have opened the floodgates to frivolous and costly litigation,” said Mike Brown, NCC president.

“It is clear the administration took into account the thousands of comments it received and recognized these rules would have come with deep economic consequences for American poultry and livestock producers. We are also pleased that USDA decided not to issue a final rule on the performance-based poultry grower ranking system, a system where more efficient farmers are paid premiums based on their performance.”

Colin Woodall, senior vice president of government affairs for the National Cattlemen's Beef Association, said in a statement the decision was “a victory for America's cattle and beef producers.

“The proposed rule would have crippled cattle producers' ability to market their products through the value-added programs that help make American-produced beef the most delicious and nutritious in the world,” he said.

Mike Weaver, a Fort Seybert, West Virginia, poultry grower and president of the Organization for Competitive Markets, said in a statement the withdrawal was “a slap in the face to rural America and America's farmers and ranchers.

“The administration is allowing multinational corporations led by foreign interests to hold America's farmers and ranchers hostage with their monopolistic, retaliatory and predatory practices.

“The GIPSA rule represented a desperately needed change for farmers and ranchers and I am appalled that the administration would choose to support multinational corporate interests over those of our own farmers and ranchers, especially after campaigning on a promise to drain the swamp and 'make America great again.'”

Todd Neeley can be reached at todd.neeley@dtn.com