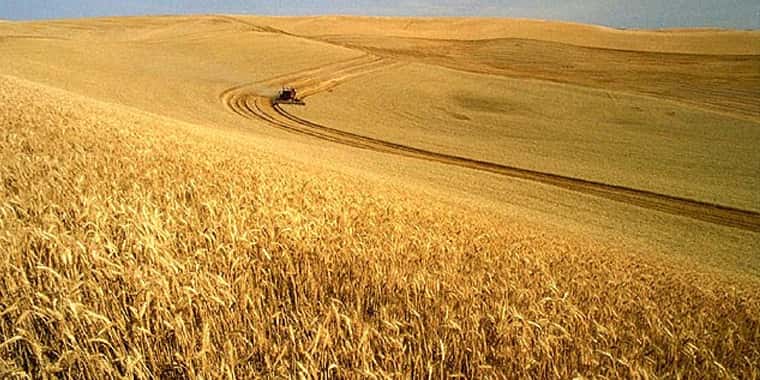 Wheat that Won’t Sprout During a Wet Harvest

A scientist visiting SDSU hope to develop a line of Korean wheat that does not sprout when exposed to wet harvest conditions.

The following article is from South Dakota State University:

Visiting scientist Dae Wook Kim hopes to develop a line of Korean wheat that does not sprout when exposed to wet harvest conditions, thanks to genetic screening techniques he learned at South Dakota State University.

He is working with molecular biologist Jai Rohila of the biology and microbiology department through a two-year project sponsored by the National Institute of Crop Science in Suwaon, South Korea. It is part of his country's effort to increase wheat production.

Rohila will present this research at the McFadden Symposium Wed., Sept. 24, at 11 a.m. in the Performing Arts Center on the SDSU campus.

Korean farmers raise white winter wheat, planting in October and harvesting in June;however, the country's rainy season begins in June, explained Kim. If the rains hit before the crop has been harvested, the grain begins to sprout in the head.

When Kim returned in July for his second three-month stay, he brought seeds from two Korean lines—Sukang, which has more sprouting tolerance, and Baegjoong, which is susceptible.

If the same proteins are differentially expressed in Glover's varieties, Kim will validate the genes he identified as important to tolerance in his Korean varieties.

“If it is related to tolerance, the same gene should be in other tolerant varieties.” Kim added. “At that level, we know the gene is expressed in the same way.”

His work at SDSU will decrease the time it takes to improve preharvest sprouting tolerance in Korean white wheat.