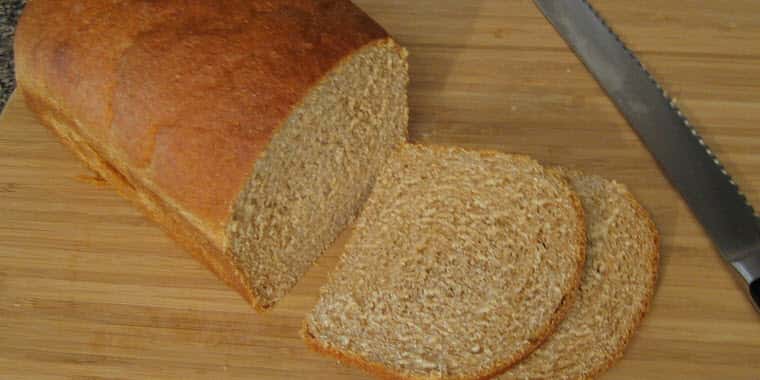 Demand for non-perishable food products soared as COVID-19 came knocking on the door. Grocery stores across the country found their flour aisles empty and bread shelves bare. This has caused some price swings in the market and farmers may have an opportunity to capitalize.

U.S Wheat Associates (USW) President, Vince Peterson, says the bulk buying of these wheat products has caused a jump in short-term demand, and this isn’t happening just in the United States. Globally, grocery stores are experiencing the same thing as bread, pasta, and flour have come up missing in stores. Japan is one country experiencing a pasta shortage as well.

“We don’t think of it (Japan) as being a big traditional pasta market,” Peterson said. “They are easy to prepare foods, people are accustomed to them and they are easy to store and nonperishable. That’s why people gravitate to them.” Vince goes on to say that people are overstocking on these products and once the markets balance back out, that will be revealed. “We will probably have the circumstance where people are saying ‘Gosh, I’ve got 50 pounds of flour in my house and I don’t use 50 pounds of flour in a year!’ So, it whips out a little bit on the other side of this that people have over bought and over inventoried but in the mean time it causes a short-term back up in the market place.”

This global wheat demand has opened up more opportunity in trade. Even though COVID-19 continues its spread, U.S. ports remain open. Some of the questions that international customers are asking include: Are you going to be open for business? How much wheat is available? Can you assure us that we’re going to continue to receive all that we have bought and have access to market for uninterrupted supplies? Can we continue to rely on the U.S.? Peterson says the good news from USW is there is plenty of wheat available in all classes from carry over and a new crop coming on. Vince also said the U.S. market place is the most reliable source of supplies for wheat and other commodities. So far, there has been no interruptions in terms of domestic infrastructure, like trucks, rail and elevators, and no disruptions in the ports.

So, who might be some of our wheat customers? Thanks to some of the recent trade deals, Japan and Mexico have been top markets with sales of nearly $727 million to Japan and $662 million to Mexico prior to these deals. Other steady markets include the Philippines, Korea, Taiwan, and Thailand. The U.S. recently sold wheat to China for the first time since 2018 and is working into the Indonesian market, which is typically supplied by Australia. Peterson says the wheat marketing world is well developed so there typically aren’t any “new” markets to pursue. But, developments with potential trade partners have come up. U.S. Trade Representatives are working with the United Kingdom and Europe for a trade deal. There was also a recent agreement with Brazil and potential for a free trade agreement with the South American country.

“It’s hard to be patient on these things but for the U.S. producer we’re in a pretty good place going forward with all of our trade being solidified in the markets we are most interested in and are directly contiguous to logistics from the United States,” Vince said. “The export market is pretty robust right now. There are some elements out there that point to some positive settlement of this market, maybe a base for it to move a little higher as we come to new crop. There isn’t one market or country but a collection of things that are on the optimistic side right now.”

USDA Not Expected To Purchase Or Sell Sugar