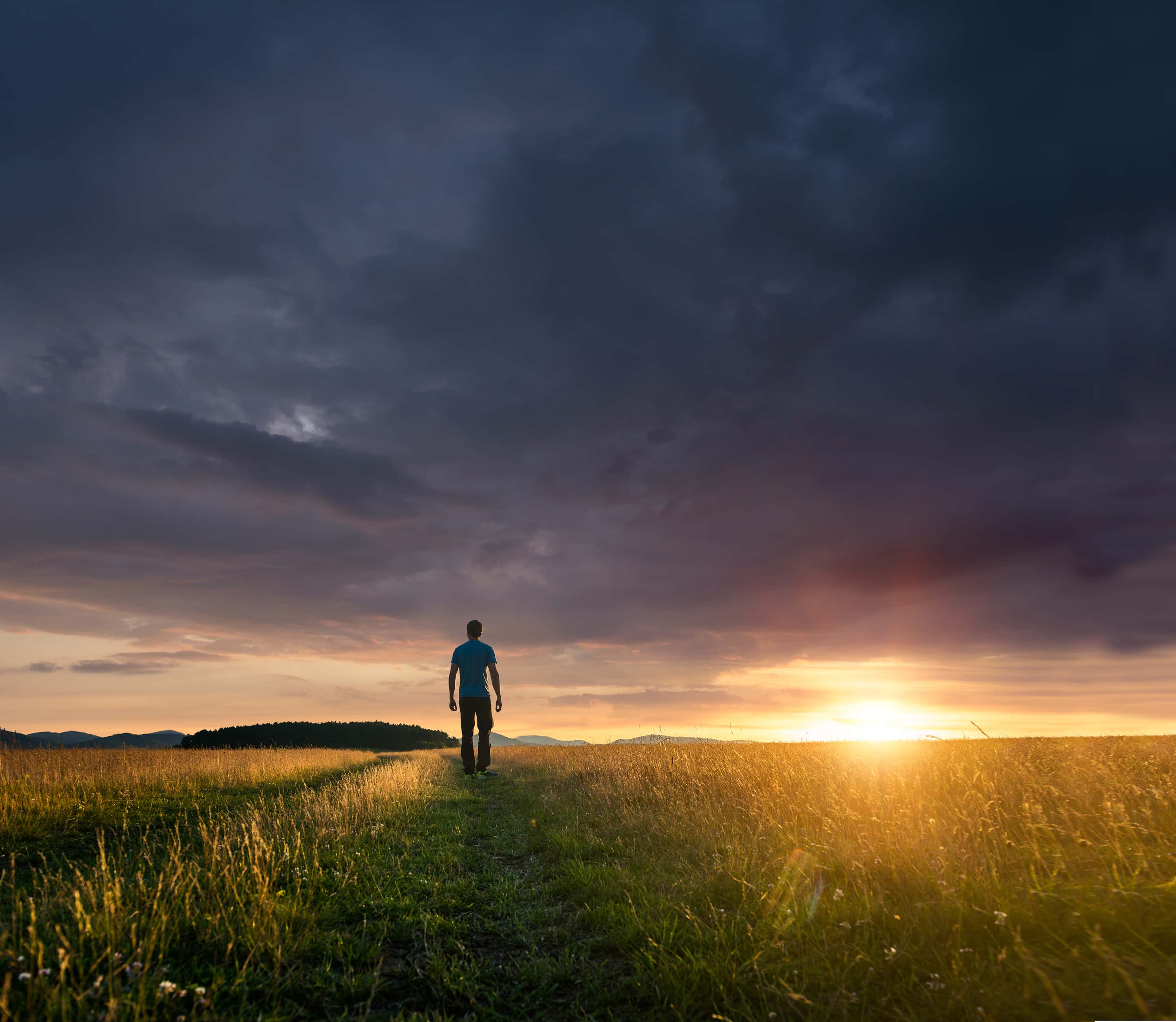 WASHINGTON (DTN) — As Roger Johnson prepares for his final few months as president of the National Farmers Union, he sees family farmers facing a lot of big-picture challenges ahead as they move into 2020 and beyond.

The North Dakota farmer and former state agriculture commissioner has led NFU since 2009, but announced last month that he would not seek reelection again. When Johnson took over NFU, he faced challenges because the NFU’s investments had taken a beating in the 2008 stock market collapse. The group had closed its long-time national office in Denver. Johnson had to turn NFU’s D.C. office into the group’s headquarters, as well as rebalance the books.

“A lot of institutional memory was just walking out the door when he came in, so that was a tough situation,” said John Hansen, president of Nebraska Farmers Union. Hansen noted Johnson had worked to improve the finances at the National Association of State Directors of Agriculture (NASDA) when he served as president at that organization. “So he had that background and reputation, and he did that for National Farmers Union. He brought in good bookkeeping and financial management and operational expertise. So that was a big deal.”

The financial strength of the organization is very strong right now, Johnson said in an interview with DTN. “The staff is as good as it’s ever been, very competent, and membership is growing in most of the states right now, and it has been for the past several years.”

As Hansen noted, Johnson has a degree in agricultural economics and “He thinks in terms of numbers and analysis and in a very rational way about things. He demonstrated a lot of expertise over the years about policy ramifications through a more business-like perspective. That’s been very helpful, and he has been our own in-house ag economist.”

Looking ahead to the next generation, Johnson, who turns 66 this month, sees a lot of big questions being teed up for farmers on several policy fronts.

“I see part of my role to just frame up the challenge here,” he said. “It will take a long time for us to get through this.”

While other farm groups may praise some of the market-access successes now coming from hardball tactics by President Donald Trump and his trade team, Johnson questions the long-term effects of the tariffs and threats that forced trading partners to the table. Other countries will resent the way negotiations were handled and eventually push back, he said.

“This administration, history will show, has done enormous damage to agriculture,” Johnson said. “Our standing in the world has been substantially impaired. The way they have behaved with friends and allies, the way we have sort of decided to flail against every country over almost any issue, and instead of building allies to take on China, the idea of going it alone has done enormous damage. And this damage is going to be long term. History will show or determine if it is.”

Having been on several trade missions globally, Johnson said people expect to be treated like a next-door neighbor, not someone being told they have to buy a certain volume of products to keep trade flowing. “If your next-door neighbor feels they have been taken advantage of, that comes back to haunt you,” he said.

With $28 billion in trade aid handed out since 2018, mostly under Market Facilitation Program payments, Johnson said policy wonks on both the right and the left are grumbling about the explosion of subsidies to farmers that largely ignore rules on payment limits and income caps. The payments come as Congress has tried to whittle down direct farm payments in Title I of the farm bill.

“The MFP payments are larger on the federal budget than all of Title I and crop insurance put together,” Johnson said. “People don’t understand that. This is a huge outlay of money. I’m not arguing it wasn’t needed, but why was it needed — a self-inflicted wound from this administration. And this pile of money going out had no oversight from Congress.”

National Farmers Union also has been a leading proponent for taking action to address climate change, from increasing demand for biofuels to integrating greenhouse-gas reduction strategies into farm policy.

“The fact we have decided climate change is somehow a hoax in this administration, in my mind, we just have to be honest with ourselves,” Johnson said. “We need to look at a different way to write a farm bill and integrate conservation and climate-related soil-health-related emission-reduction-related kind of things into the safety net. There has got to be a more direct tie into that. If we don’t do that, the politics of getting a farm bill done in this town are just going to be very difficult.”

If science is right, Johnson said, the U.S. has lost a lot of time and energy arguing about a topic where people can’t afford to lose.

“In my opinion, this is the single-largest issue we face as a species, and we need to get this right and it needs to be done quickly,” he said. “Long term, agriculture is positioned to be a major asset in the fight on climate change. We can sequester a lot of carbon if we get the incentives right. It’s unlikely we solve this problem without agriculture fully engaged in it. It’s where the quickest results can happen. We’re going to continue to advocate for that, though there are a lot of others in this town who are going to be dragging their heels. But this is coming.”

Johnson added that the Trump administration’s stance on climate change has been one of the factors that has damaged domestic demand for corn and other biofuel commodities.

“The action this administration has taken on small-refinery waivers and destroying any incentives for advanced biofuels, all of that is leading to ethanol plants closing right and left, biodiesel plants shutting down. That demand is just really weak at a time we have got surplus stocks.”

As businesses have continued to consolidate, NFU also has tried to sound some alarms over questions about antitrust laws and growing monopolies and monosomies. The group’s stance on agribusiness mergers has often left it without the corporate sponsorships and support that other groups garner. Now there is more attention being paid to corporate consolidation and making sure individual farmers are protected, he said.

“We represent the farmers, we don’t represent these companies,” Johnson said. “I’ve got CEOs of major companies that don’t want to talk to us anymore because we opposed the mergers that have swept the industry over the past four or five years,” Johnson said. “But there are just such a small handful of businesses who control the inputs farmers buy. There are just some certain things that are going to happen. Farmers are going to have fewer choices, and they are going to pay too much, and there is going to be less innovation if that happens. Big companies are going to spend more time protecting their position rather than inventing new things.”

When Zippy Duvall became president of AFBF, he and Johnson began looking at ways they could work together on some issues, even though their organizations are often at odds on policy.

“Roger and I have had a great relationship,” Duvall said. “There are a lot of times where our policy books do not agree on subjects, but he and I met very early and we’ve become friends. We made a pact early on where we could find common ground, we’d come together, and in areas where we can’t we respect each other’s process.”

As Johnson described it, “We decided to set an example for the Hill by showing where we could work together. Wherever we can work together with others, we ought to.”

This year, at both the American Farm Bureau Federation annual meeting this month and NFU’s convention in early March, the two groups will collaborate and hold training sessions with county leaders to help them recognize mental and emotional stress in their communities. The training sessions will be used so these county leaders can go back and help train others to see the signs.

“Stress just wears on people,” Johnson said. “When you are under mental stress like that, you are not in the position to make good decisions. So this is a future of farming question too.”

It’s the second chapter of a collaboration between AFBF and NFU that started with work on the opioid crisis a few years ago. They highlighted that opioids had become a bigger problem in rural America than in cities, and more resources were needed to help those who had become addicted, and their families.

“Hopefully, we made a difference in somebody’s life,” Duvall said.

Three people declared their intentions to run for NFU president by the Dec. 31 deadline. They include Mike Eby, a dairy farmer and former chairman of the National Dairy Producers Organization; Rob Larew, NFU’s senior vice president of public policy and communications; and Donn Teske, a cattle producer and president of the Kansas Farmers Union.