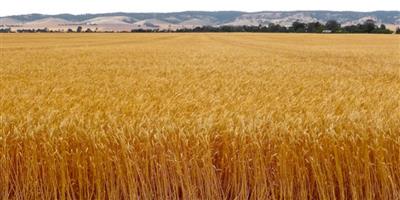 Will Next Year’s Wheat Markets Be Worse than This Year?

Will Next Year’s Wheat Markets Be Worse than This Year?

Despite one of the lowest wheat planted acreage in three decades in response to already record high inventories in the United States and the world, the 2016 production conditions have been arguably “too” good. Milder and wetter spring and summers across the Great Plains and globally has resulted in bumper crops. In the United States, winter wheat yields reached a record 51.3 bushels per acre. In Russia, early reports are indicating yields that exceed 71 bushels per acre.

So, despite market attempts to respond to lower 2015/16 marketing year prices by reducing quantities supplied, storage bin space in the United States and across the world has not increased. This has resulted in further declines of wheat prices and increased global trade competition from France, Russia, Ukraine, Kazakhstan, and Australia. The situation has been exacerbated by record yields of other crops, such as corn—which is projected to yield of a record 175.1 bushels per acre—and soybean—with a projected yield of a record 48.9 bushels per acre.

The natural question to ask: Are the 2016/17 marketing year prices here to stay?

When I’m asked a question like this, I typically go to four sources:

So, overall, it seems that after weathering this year’s marketing environment, wheat producers could expect improvements next year.

Dr. Anton Bekkerman is an associate professor in the Department of Agricultural Economics and Economics at Montana State University, joining the faculty in 2009 after completing his PhD at North Carolina State University. Bekkerman's primary areas of research are grain marketing, basis and price forecast modeling, understanding how grain prices are affected by changes in supply chain infrastructures and quality demands, and analyzing the economic trade-offs of adopting alternative dryland cropping systems in Montana. One of his current projects is an investigation of how new grain loading technologies are affecting prices that Montana farmers receive for their wheat. Bekkerman is also examining the economic impacts that Montana's rapidly expanding dry pulse industry will have on the state's crop industry. Although Bekkerman grew up on the east coast, he has recently made a small step toward production agricultural after acquiring three backyard chickens.