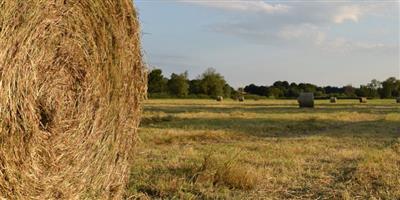 Will the Estate Tax be Permanently Eliminated in 2019?

Recently introduced in the Senate, the Death Tax Repeal Act of 2019 (S. 215) would give farmers, ranchers and others permanent relief from the estate tax. The bill has garnered significant support from farm, livestock and business groups alike.

The current temporary increase in the estate tax exemption to $11 million per person indexed for inflation, along with the continued stepped-up basis and portability between spouses, has allowed many farmers and ranchers to spend money on growing their businesses, upgrading buildings and purchasing needed equipment and livestock, rather than on life insurance and estate planning, American Farm Bureau Federation President Zippy Duvall said in a Jan. 25 letter to Sen. John Thune (R-S.D.), the bill’s sponsor.

“More importantly, when a family member dies, the family can continue farming without having to sell land, livestock or equipment to pay the tax,” Duvall said.

However, the exemption is scheduled to drop back down to $5.5 million per person in 2025, once again putting family farms and ranches, with their highly valuable illiquid assets, in jeopardy.

“When estate taxes on an agricultural business exceed cash and other liquid assets, surviving family partners have few options other than to sell off farm and ranch assets, jeopardizing the viability of their business,” Duvall explained.

Tax laws must protect, not harm, family farmers and ranchers, which is why Farm Bureau is pledging its resources to secure enactment of the Death Tax Repeal Act of 2019, Duvall said.

Each senator emphasized the impact of the estate tax on farmers and ranchers.

Thune said, “Oftentimes, family-owned farms and ranches bear the brunt of this tax, which threatens families’ agricultural legacies and makes it difficult and costly to pass these businesses down to future generations. This way of life is integral to so many South Dakota families, which is why I remain committed to removing roadblocks for these family businesses, and we can start by repealing the death tax once and for all.”

McConnell added, “It’s the government’s final insult to force grieving families to visit both the undertaker and the IRS on the same day. Our historic tax reform legislation provided major relief from this burden to many Kentuckians – especially those in farming and rural communities. Now is the time for our Democratic colleagues to join us to take the next step to repeal the death tax once and for all.”

Grassley said, “Congress ought to do everything possible to encourage family enterprises to get next generations involved and keep the doors open for business,” said Finance Committee Chairman Chuck Grassley. “It’s getting harder all the time to keep a farm or small business in the family from one generation to the next. The estate tax doesn’t serve any purpose except forcing family farms and family-run businesses to waste precious capital on costly tax planning and in too many cases, paying taxes on income or property that have already been taxed once. Rather than sending even more taxes to Washington, D.C, it would be far better to allow family farms to keep this money so they can invest in the rural communities they are located in to create new opportunities.”

In addition to Farm Bureau, the bill is also supported by the National Cattlemen’s Beef Association, NFIB, the Associated General Contractors of America, the Family Business Estate Tax Coalition, Policy and Taxation Group and the National Association of Manufacturers.

While focusing on agriculture in their news releases, the senators modestly declined to point out other people they would rescue from the estate tax. Larger owners of stock would likely benefit more heavily than anyone. The 1,829 estates, stocks (both closely-held and public), made up for about $26.37 billion of assets. State and local bonds accounted for $6.7 billion and cash was $5.16 billion. Stocks, bonds and cash combined take up more than 55{2059508371c3bbe53fe49710416b8a78741bfef1607303bd420a5631db7a27fd} of all the property value for the 1,829 estates that held more than $10 million in assets that paid the estate tax in 2013.