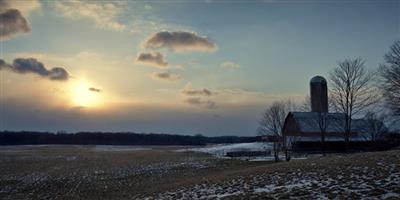 Congress intended for the ESA to protect species from extinction, but even after species have recovered, regulations and litigation often fail to allow them to be removed from protected status. According to Holte, a member of the American Farm Bureau Federation Board of Directors, the law is ripe for reform because it places a priority on keeping species listed rather than carrying out actual work related to recovery and habitat conservation.

Holte, a beef and grain farmer from Elk Mound, Wisconsin, said that in his state regulatory action related to one in particular, the gray wolf, is having adverse effects on many farmers.

In addition to sharing statistics about Wisconsin’s wolf population, Holte shared one of many stories about how an attack by the predator species resulted in the gruesome loss of a dairy cow by Ryan and Cheri Klussendorf. As a result, the Klussendorfs now keep their within 200 feet of their farmyard at night, and calves are no longer put on pasture.

“The costs have been burdensome but the emotional toll and increased stress on the family and animals been tremendous,” Holte said, noting that the family cannot legally protect their herd with a firearm in the event of a wolf attack.

Holte said the Klussendorfs are not the only farmers who have been impacted, and Wisconsin Farm Bureau continues to support the decision to delist the gray wolf and allow state wildlife officials to manage wolf populations. He said interactions between farmers, their livestock, rural and wolves continue to escalate “without a remedy in sight.”

Holte told the committee that congressional action is needed.