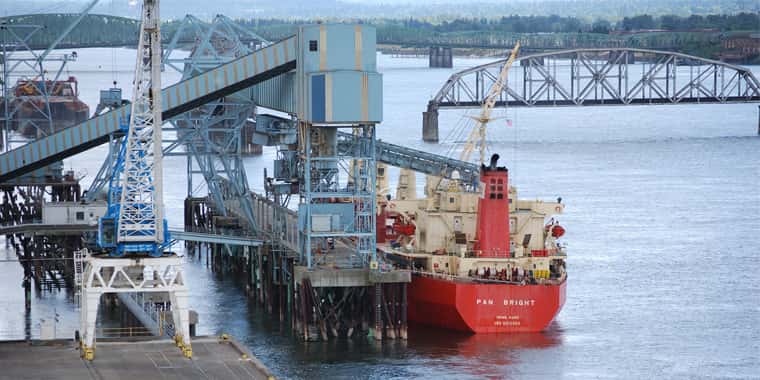 Employees, after lengthy and sometimes violent labor dispute, are headed back to work at port.

PORTLAND, Ore. (AP) — Employees who had been embroiled in a lengthy and sometimes violent labor dispute have voted to return to work Wednesday for three Northwest grain merchants — in time for the wheat harvest.

The International Longshore and Warehouse Union said 88 percent of its members voted to ratify a contract running through May 2018. It includes work rule changes and raises.

The grain handlers association says the agreement is fair and would allow the companies to remain competitive.

Two years of negotiations, lockouts and occasional violence centered on the companies' efforts to get management-friendly work rules to match those at other area terminals.