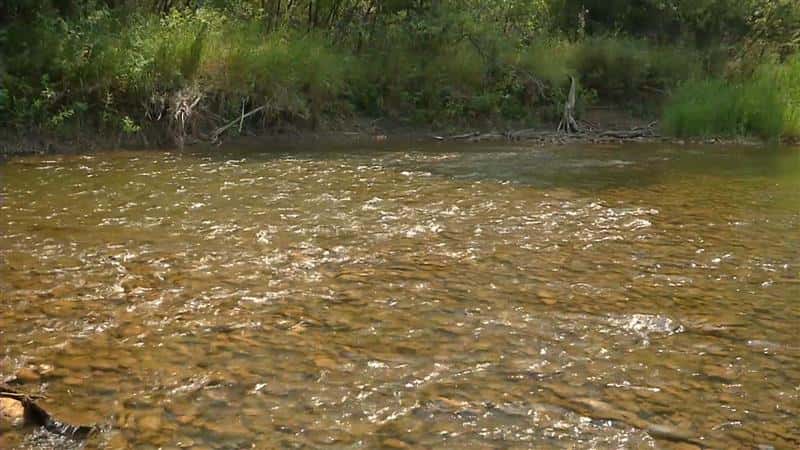 WOTUS Questions May Soon Have Answer

Expected court decisions on the 2015 waters of the United States, or WOTUS, rule early in 2019 likely will clear up any confusion farmers, ranchers and other landowners have on jurisdictional questions.

As a result of several ongoing lawsuits, the 2015 rule remains in effect in 22 states and is on hold in 28 states.

Don Parish, senior director of regulatory relations for the American Farm Bureau Federation, told DTN the split has created uncertainty in the countryside.

“People are being very cautious about what they ask for permits on in terms of moving on projects on big things that had to be done,” he said. “Many are holding back on projects. In agriculture, if there are questions, farmers are just waiting.”

Parish said government agencies involved in Clean Water Act permitting are “complying reluctantly” with whatever law is in effect in their particular state, understanding the law is in flux due to the court cases.

Parish said his group expects constitutional questions on the 2015 rule to be answered soon.

AFBF is party to lawsuits where a court could declare the 2015 rule unconstitutional, he said. That is likely to come before an EPA proposal to abolish the 2015 rule altogether.

AFBF and others have asked district courts in North Dakota, Georgia and Texas to declare the 2015 rule unconstitutional, on the grounds the EPA failed to follow the Administrative Procedures Act by including in the final rule distances from navigable waters in determining whether wetlands are jurisdictional. Ahead of finalizing the 2015 rule, the EPA did not offer a chance for public comment on those distances.

In addition, Parish said, a court may rule that the 2015 rule was “so broad and vague” that it violates due process.

“There are good grounds to say it is unconstitutional in this case,” he said. “The common man needs to be able to understand what the law says. If they can't figure it out, the 2015 rule is going to go down in court.”

Minus court decisions, Parish said EPA is likely to take separate actions to include repeal of the 2015 rule and to finalize the new rule.

Under the new proposal, there would be just six categories of jurisdictional waters. That includes traditional navigable waters, tributaries, certain ditches that are navigable or affected by tide, lakes and ponds, impoundments, and wetlands that abut or are connected to waters of the United States.

The proposal lists waters that would not be regulated. That includes certain land features where water is present only as a result of heavy rainfalls, groundwater, most ditches, prior-converted croplands, storm water and wastewater features.

“In 2015, it was about how do we expand or regulate as much as possible under the Clean Water Act,” Parish said.

“It was over-inclusive to get the definition of WOTUS. This administration's approach is we want to provide some clarity — be able to walk out on a property and have a good idea of what is regulated. Any questions about erosional features, for example, they are not jurisdictional. Farmers know their property.”

The proposed definition of tributary, he said, will include natural-flowing streams and waters that are at least flowing intermittently.

“Some people say there's too much gray area on 'typical year.' We encouraged them in 2017 to take out ambiguity on terms like typical year. Part of it was how do you draw a bright line?”

The newly proposed EPA rule would define adjacent wetlands that “abut or have a direct hydrological surface connection” to other WOTUS in a “typical year.”

Typical year would be defined in the proposed rule to mean within the normal range of precipitation during a rolling 30-year period for a particular geographic area. “Under this proposed definition, a typical year would generally not include times of drought or extreme flooding,” the proposal says.

Parish said EPA is looking for help on that question with the new proposal.

“It should be if there is any question we think there should be a requirement for at least seasonal flow of 90 days,” he said. “On that regard, we don't think Congress intended for jurisdictional waters to be a mere trickle. That was an important component (of the new rule).”

In addition, Parish said he expects Congress to offer up Clean Water Act proposals in 2019.

The 2015 rule's approach to adjacent wetlands made it difficult for farmers to decipher which waters were jurisdictional.

“The last administration offered no opportunity for feedback on waters adjacent to wetlands,” Parish said.

“They expanded it to adjacent waters. It was very broad and hard to distinguish. The whole idea of putting in very far-reaching buffers or within 4,000 or 1,500 feet was very difficult for farmers to know what's on his land. It is very difficult to figure out. The last administration didn't give us a chance to flush it out.”

With the new rule, he said, to be jurisdictional, a wetland has to be next to navigable water.

A U.S. Supreme Court decision in 1985 in the United States v. Riverside Bayview Homes Inc., Parish said, threw the question of wetlands jurisdiction into confusion. In that case, the SCOTUS ruled U.S. Army Corps of Engineers regulations extended authority to wetlands and that jurisdictional waters included wetlands adjacent to navigable waters. That was the case even if the wetlands are not inundated or frequently flooded by the navigable water.

Parish said the 2015 rule used the term “neighboring” when talking about wetlands' adjacency to navigable waters, but never defined the term.

“How you determine this was really important,” he said. “This says it needs to abut or otherwise isolated or a static water — all signals to states 'here's the jurisdiction. You guys have a part in this too. We're going to be clear.' It is about making sure things work regionally.”

The 2015 rule allowed for in many situations, for EPA to claim jurisdiction of dryland features where there was evidence of previous water flow.

Parish said the newly proposed rule still may leave some ambiguity when it comes to questions of ephemeral waters — lasting for a short time — and intermittent — water flow occurring at irregular intervals. The proposal removes ephemeral streams from jurisdiction.

“Do I believe there is some slippage between intermittent and ephemeral, yes,” he said. “(But) this is a good step in the right direction — not regulating low-plain acres.”