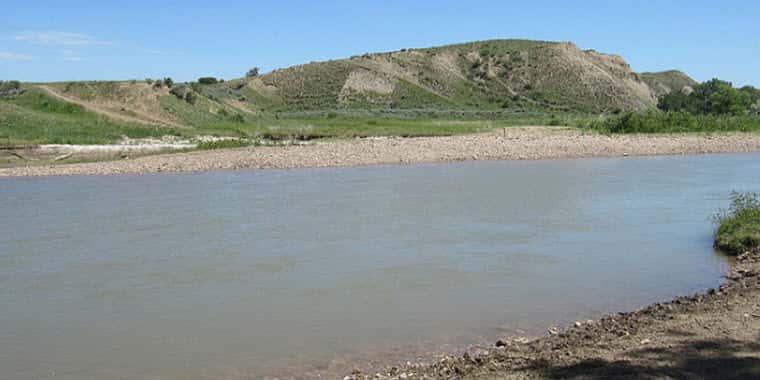 WOTUS Sent Back to EPA, But New Water Fight Could be Coming

The 2015 waters of the United States, or WOTUS, rule may have suffered a final defeat, as a Texas court Tuesday granted a motion for summary judgement to the American Farm Bureau Federation that sends the rule back to EPA.

The U.S. District Court for the Southern District of Texas ruled EPA violated the law in making changes in the final rule that were not proposed in the preliminary rule.

“The court finds that the final rule violated the notice-and-comment requirements of the APA (Administrative Procedure Act) and therefore grants summary judgment in favor of the plaintiffs on this ground,” the court said in its ruling.

“The court remands the final rule to the appropriate administrative agencies for proceedings consistent with this order.”

In drafting the 2015 rule, EPA relied heavily on a so-called draft connectivity report that included the agency’s analysis of numerous studies on the connected nature of the nation’s waters.

After an EPA scientific advisory board issued comments on the draft connectivity report on Oct. 24, 2014, the agency re-opened the public comment period on the rule for one month.

“However, the agencies declined to do the same after issuing the revised version of the connectivity report on Jan. 15, 2015,” the court said in its ruling.

For example, the final rule changed the term “neighboring” to mean “all waters located within 100 feet of the ordinary high water mark” of a jurisdictional water.

“This was the first time that the agencies gave notice that they intended to define adjacency by precise numerical distance-based criteria rather than the ecologic and hydrologic criteria in the proposed rule,” the court said in its ruling.

Texas Attorney General Ken Paxton said the ruling was important because it will aid EPA in repealing the rule.

“This critical federal court decision is a major victory for the people of Texas’ ability to regulate their own natural resources, including ponds, puddles and streams on private property, and a major win for property owners, whose land would have been subject to unlawful and impractical EPA regulations,” Paxton said in a statement.

In a statement to DTN Wednesday evening, an EPA spokesperson said the agency has concerns about the 2015 rule and will consider the court’s ruling in repealing the rule.

“Like the court, EPA has serious concerns about the legal underpinnings of the 2015 rule,” the agency said in a statement.

“EPA and the Army Corps have made these concerns clear in the proposed repeal of the 2015 rule, including that the rule may have exceeded the agencies’ statutory authority under the Clean Water Act. We’re in the process of reviewing the public comments we received on that proposal and anticipate taking a final action on the proposal this summer. We are committed to following the rule of law, and we will take the district court’s order into account when taking final action on its proposed repeal of the 2015 rule.”

However, a new water fight could be on the horizon. Earlier this month, NCBA and a group of other agricultural trade associations filed an amicus brief to the Supreme Court in the case Hawaii Wildlife Fund v. County of Maui. Last year, a decision from the Ninth Circuit Court of Appeals ruled that pollutant releases to groundwater are subject to penalty under federal law if they reach surface water, potentially expanding reach of the Clean Water Act to thousands of previously unregulated cattle operations.

The brief presents several specific agricultural practices, including manure storage and land application, that will be subject to additional scrutiny should the Court expand federal Clean Water Act authority to groundwater discharges. The brief quotes Chief Environmental Counsel Scott Yager and Deputy Environmental Counsel Mary-Thomas Hart’s recent article written for the Drake Journal of Agricultural Law: “the implementation of voluntary on-farm manure management [or fertilizer application] systems will provide no regulatory relief for agricultural producers and will even expose them to CWA liability,” leaving “[a] significant portion of agricultural producers” to “face a constant, unpreventable risk of discharge” covered by CWA Section 402.

Finally, the brief makes clear that “the policy considerations and careful balancing that are necessarily required in undertaking such a wholesale change should properly be made after due consideration by the legislative branch, not the judiciary.”

Last month, the U.S. Environmental Protection Agency released guidance reaffirming its intent to put states in the driver’s seat when it comes to managing groundwater quality. Unlike navigable waters, groundwater quality is a localized issue managed most effectively by states and localities. The Supreme Court is expected to hear Oral Arguments for Hawaii Wildlife Fund v. County of Maui this fall.

What to Do with Cows That Have Lost Calves